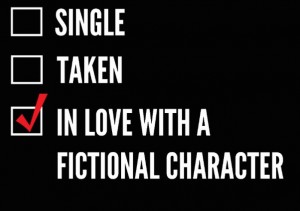 AKA, Daniel Silva, you make me absolutely crazy but I love every word you write. Oddly, this is the first one in a few books where I’ve read the book as soon as it came out. Usually I save Allon for my December beach reading binge, but I couldn’t wait. A lot of that came from going to Daniel Silva’s book signing last Monday and it was only being in the middle of a book for book club next week that kept me from starting it instantly. As it was, I started it Sunday and finished Wednesday-it’s not a four day read, I just had no reading time. Reading it while the Iranian nuclear talks were being held in Vienna were eerie.

First off, I cannot believe The Defector was six years ago! Although I cannot ever recall its title I will never forget the book. It is the one time I said (and meant) that I would stop reading Allon. And I absolutely would have had he killed Chiara. In some ways I love Chiara even more than I do Gabriel because she completes him. However, I also think that Gabriel wouldn’t have survived the death of Chiara-she and Shamron are the only ones who have allowed him to survive Dani’s.

The Q&A with Daniel Silva at Barnes & Noble was the first I heard him speak in person about his alter ego, and it shed a lot more light not only on Keller, but also on the series and characters as a whole. He alluded to Allon possibly truly being the Arcangel & Prince of Fire-something that he brought home throughout The English Spy. However he also talked about the parallels between himself & Gabriel-including both being fathers of twins-and I truly now believe that the twins will be healthy and Silva won’t kill off Allon. Two factors that made reading this book much easier. I’m really not sure what Silva meant when he said Gabriel was 150 though since Shamron is getting on in years. Anyone have a little Bible 101 for me?

I know there has been some division online about the increased role of Keller, but I didn’t feel that it took away from Allon at all. It was a nice change up from Allon’s standard crew with which he often did operations and it was a nice background on a character we’ve seen across the last few books. It was also nice for some additional background on Graham Seymour.  I’d love to see Keller with his own series, although not if it means more than a year between time with Gabriel Allon. 365 days is more than enough!

Two interesting things that this book shed light on

Apart from the book’s narrative, which as always drew me in from page one, was that I’d just been reading about The Troubles without even realizing that it played such a huge part in The English Spy. We’ve come a long way from the days of the IRA, Sinn Fein and others being a regular part of the news and, at least in the case of US News, when an IRA is in the news its the financial instrument, not bombers. In the narrative, the counties of Northern Ireland played as vivid a role as the characters and I feel as if I should go back to do some more background reading.

One of the things I love the most about Silva’s writing is that things that appear to be loose ends aren’t really. Silva continues to tell the story of Allon’s beloved Dani throughout his books. It was a nice surprise to see him do so again here. For Gabriel, it will always be personal. There were several references in this book to it being the end of Uzi’s first term as Chief of the Office and I wonder whether there being terms involved will allow Silva to write Allon out of that role.

Although I enjoyed the return of Madeline and the setting amid the Irish coast, I found myself missing Silva’s typical Italian and Israeli scenery. I love the painting he paints with words and I’m just not as interested in Ireland as I am the rest of Europe and the Middle East.

One thing I always have issue with in books and movies is feeling others’ pain-I get embarrassed when a character is embarrassed and I found myself in tears reading of some of Gabriel’s friends’ reactions to his death. I’m glad someone told Chiara and Shamron the truth and that he ultimately connected with Julian Isherwood, but I truly felt for the Pope and Monsignor Donati. This also provided Silva ** with an interesting opportunity to bring back past characters such as Sarah Bancroft and it made me wonder whether he’ll be using her again-there always seems to be a reason for what he does.

In his Q&A, Silva spoke of the Allon books he had in the works so I knew Gabriel lived to see another day, another fight. In some ways that provided a cushion as I had in the past when I was playing catch up on his books. Allon may be wounded, but there’s not another book without Gabriel. That said, every time he mentioned Moscow, I tensed up. That scene in The Defector at the edge of the pit together with the ones with Chiara in captivity had to be among the most brutal that Silva has written.

Gabriel was home when he arrived on Narkiss Street, but in a way we were home too. Israel, especially Jerusalem and Tiberias are characters as much as Allon, Chiara and Keller are; and it was a huge part of why I was so glad to visit Tiberias while in Israel. Back to where the series’ heart is and back to where he could visit with Shamron and Leah.

Dear, sweet Leah. It broke my heart when I realized she was among those who thought Gabriel dead.

“Are you real, my love? Or am I hallucinating?” “I’m real.” “Where are we?” “Jerusalem.” Her head turned and she watched the snow. “Isn’t it beautiful?” “Yes, Leah.” “The snow absolves Vienna of its sins. Snow falls on Vienna while the missiles rain on Tel Aviv.”

Leah’s pain and lapses between the past and present are so beautifully heartbreaking. His sharing the twins’ names was perfect. And I do think the names will help Gabriel heal too.  In his Q&A / remarks Silva alluded to one point where Gabriel would be as healed as he would ever be. When Keller killed Quinn, when Leah blessed the twins’ names? I’m not sure. But I look forward to the next chapter.

** Throughout this post I kept typing Allon when I meant Silva and vice versa. The two really are conflated in my mind.

One thought on “Review: Daniel Silva’s The English Spy”