So this is the first time I’m actually following a training plan. Or trying. As with everything I’ve done throughout this running journey, it’s a hybrid. I overthought it and consulted three plans. I know that the ones that have more than three-four days are not for me as my body needs that rest day. I also think there’s something to the 3plus2 theory in Run Less, Run Faster, even if that ultimately isn’t for me right now.

RunKeeper ended up running a promo for Go and with that came the ability to set a custom plan, and that’s where I landed. How am I following it? Well, I’m trying. I think I’m doing pretty well. 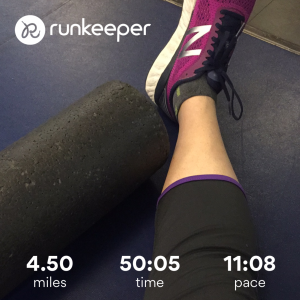 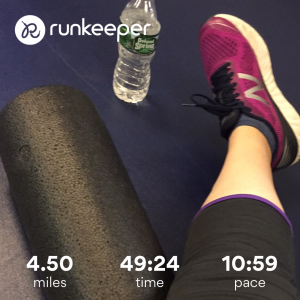 Two of this week’s workouts, although there’s a little more than meets the eye 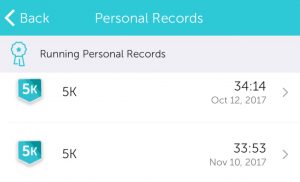 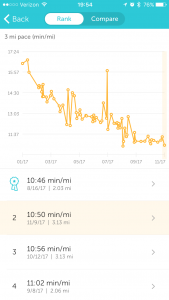 I smelled it early, but then I wasn’t sure I was going to make it so I took the last .23 miles at 6.2 which was hard. But I did it. Love looking at my pace over time. That blip? Of course that’s the Damon Runyon Yankee Stadium 5K that I turned into a fun run. I’d say I have nowhere to go but up with that one, but not sure I’d do it again.

I actually contemplated calling the workout at 5K and decided to use the stretch break to think about it. I could rationalize it – 3miles is all Higdon’s plan called for and I did have the two miles from Sunday in the bank. But as I stretched, I felt like I could finish this. There’s no rule that prescribed 4.5 miles had to be in one go, so I went back out there. 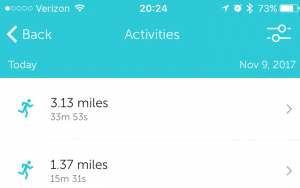 Two halves of the workout

The hills, aka treadmill on random, were good. Hard but not bad, which seemed about right. One thing I’m going to have to figure out is balancing long runs on the weekend with trying to work in the Harlem Hills, which I haven’t done since that day. The time change has made post-work outdoor runs an impossibility so all but the weekend will be on treadmill.  Definitely need to find a better source of distraction. It looks, however, that 4.5-5.0 is longest weeknight run on this plan, and I know I can do that even if it has a mid run break at the moment to stretch. While “faster” is a good thing, my main concern is the long runs and getting those up. I’d rather finish more slowly than DNF. 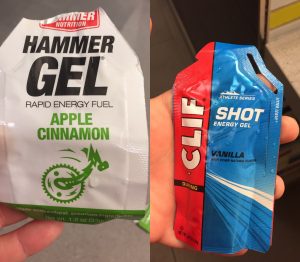 Vanilla is good. Apple cinnamon, not so much