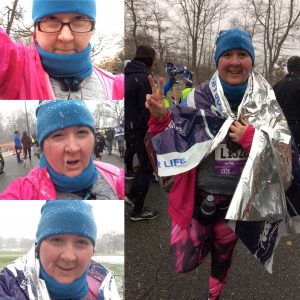 The middle facial expression cracks me off because I look like I was miserable, but I had so much fun. And yes, I take responsibility for the snow.

I got a text Friday night that they’d make the decision about the race at 6 AM and like Poland Spring, I was half hoping they’d cancel. It’s not that I’m anti snow, but I was nervous about it being slick and the cold. The text confirmed the run was a go, and so was I. 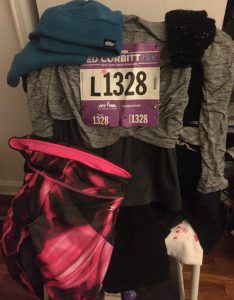 not so Flat Cari as I was draped on ladder

After finding the Cuddl Dudds too warm at the Turkey Trot, I decided to go without this time. So clothing was:

Honoring Ted Corbitt’s legacy was awesome. It was nice to hear his son speak about his work continuing his father’s legacy. I’ve come to the realization though that while I don’t mind and even quite enjoy winter running, I hate waiting around in the cold for the runs to start. Although it was flurrying more than snowing, this was exceptionally true on Saturday. 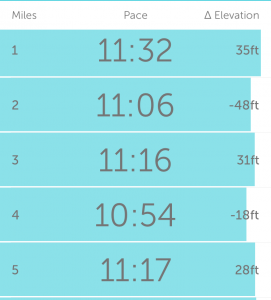 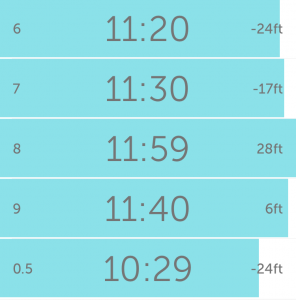 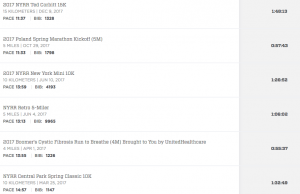 I’ll likely return to this once I’ve thought on it but this post has taken me two plus days already and I didn’t want to lose any thoughts..