Weird week. The heat was a lot of it. As much as I enjoy being active and found myself missing running, it was easy to not because it was just so hot. Think that was why eating was off – but tracked. Also, two really late nights (i.e. get home, go to sleep) wore me out. Insane too to think I walked more than half a million steps in August. More on that below.

[bctt tweet=”It’s possible to walk half a million steps in one month? #GoTheDist” username=”travellingcari”]

In the mean time, linking up with Wendy and Holly for the Weekly Wrap:

what did we do before WTForecast? 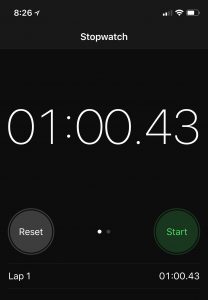 I plank, therefore I am 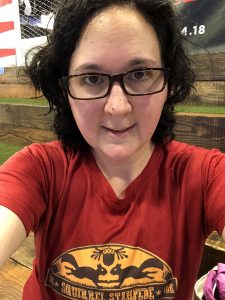 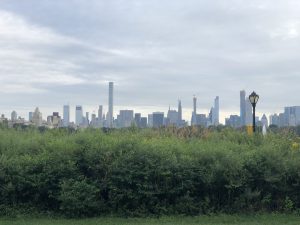 Running in London was wonderful, but something about being home 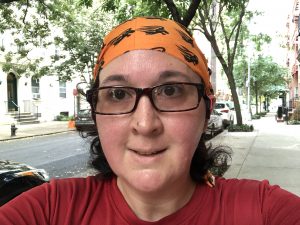 rocking my new buff from Liz!

At the end of July I thought August would come in between 450-475K due to travel. I wasn’t particularly worried about London steps, but rather the heat and a lack of steps in Vermont. Verdict? Way off.

I think that’s the first time I crossed one million steps in a quarter only two months in. I remember when that used to be my quarterly step goal.

I am just shy of 30 miles off my running total for all of 2017, topped my miles for 2016 and just shy of that year’s step total. It isn’t fair to compare running v. non-running years, but it’s amazing to see the growth. I think I have an excellent chance at topping my steps goal for 2018 and getting to 2,018 miles sooner than last year. 2,500 miles in total and 700 miles running still slightly off but within range, I think.

In keeping with non-food rewards, my present to myself, a new pair of my favorite running shoes and the aforementioned tee shirt. Yes, I just got my last pair at the beginning of July and they have plenty of miles in them, but the members’ only sale on top of a discount had them at $79 vs. $125 so that was a no brainer.

I failed #20BooksOfSummer, which I kind of expected.My reading fell off in August. As of the end of June, I was at 61 books, 17 ahead of pace. Currently 79/19, but I’d hoped August would be better because fall is always busy. I had a ton of books come available at the library, but neither trip allowed for much reading time. I’m still working on the book I got on the way to meet Liz, and not because it isn’t good. I’m just the worst at carrying a dead tree book around and too much train time was spent looking out the window. 100 books is probably now not going to happen, but let’s see if I can finish the two in progress today.