Edit: this post was half written, and then we lost a dear colleague to COVID19 and I deleted a lot as it became irrelevant. Pardon the random collection of what’s left.

I’m OK, just sad. He was an amazing man. Here are some photos another colleague shared.  We don’t know when we’ll be back in the office, and I can’t imagine that day without him stopping at my desk to scope out the candy dish and I feel like this is going to be unsettled until then. The issues with CV19 are many, but among the top is we lose our ability to come together amid crises. It’s testament though to how loved he was that the GoFundMe to bury him and support his family was fully funded in about 36 hours.

Title inspired by something that showed in my Facebook memories. Any guesses?

This is one of the pieces I’m struggling with on work from home. I miss my colleagues. We have phone calls, Slack calls, Zoom calls, but sometimes it was just easier to pop over to someone’s desk and storm the brains.

I’m grateful for Facetime with the minions in my life for smiles. Running? Running is just for running. I do want to do the Cherry Blossom Virtual 10 miler, maybe, but otherwise there are no distances on my program. I’m running when and for how long I want to.

For those of you who lost a lot of races this spring and are looking for a free virtual ultra challenge, Run the Edge’s Uncanceled Project. 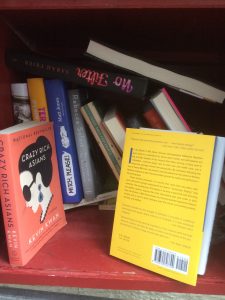 On other notes, I was glad to see the Little Free Library between my apartment and the coffee shop restocked. It had been bare of late and I wondered if its curator was taking the books inside for safekeeping when I left one and saw it immediately gone. He restocked it last  weekend and I was happy to continue my take one, leave one policy even if I’m not reading much of late. 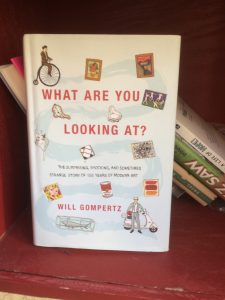 Just got this for Kindle, much much lighter than 400+ page hardcover 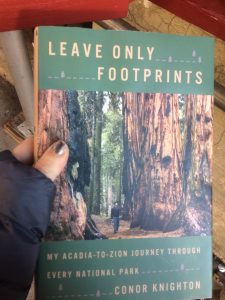 of course what do I take? Another hardcover. It might make up some for no travel 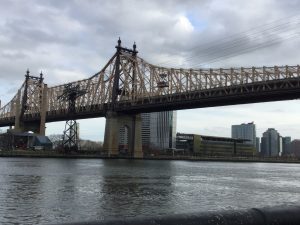 definitely more “Sound of Silence” than “Feelin’ Groovy” going on of late. 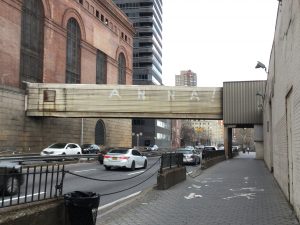 I’ve run this so many times, never noticed grandma’s name on the overpass 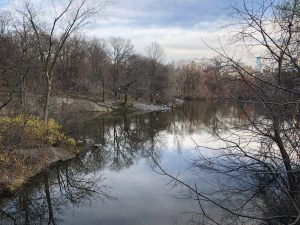 an oasis of many kinds 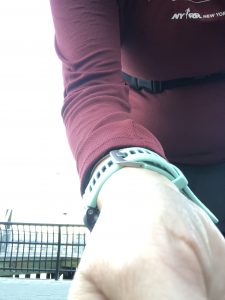 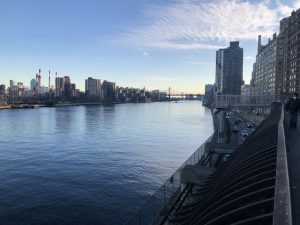 oasis above the highway 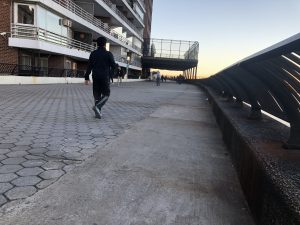 Socially distanced and sitting on a trash bag 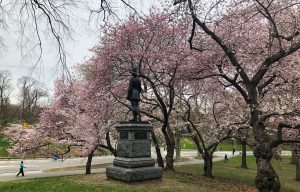 Pilgrim Hill, one of my favorite cherry blossom spots

21 thoughts on “We didn’t need dialogue. We had faces!”