“There was an old man called Michael Finn-egan,
Ran a race and tried to win again.
Got so puffed that he had to go in again.
Poor old Michael Finnegan. Begin-again.”

You know how you hear that intervals aren’t just for lung conditioning, that your bones & ligaments need to be ready for running again? You know you know this, but somehow you don’t realize this until you’re on a run?

Yeah, that was this week.

When I ran ~3.5 a couple of weeks ago I, admittedly, was like OK, I’m fine to go.  There were a few stops to stretch, but I didn’t read anything into them  – or the days when I couldn’t do more than a mile without pain. The light bulb finally went on last weekend.

Running to Central Park hasn’t been great for a variety of reasons – but primarily in this situation for the stop/start that comes with increased traffic and needing to cross six avenues to get to the Park. This came to a head on Saturday when I ran to meet Elizabeth, but then my knee was barking when we tried to re-start and I eventually bailed on the run entirely and we walked, which was fine. It was more about seeing one another after way too long.

I still didn’t realize fully what the issue was until Sunday when I ran a smidgen longer but then had to shut it down. Hmm, maybe I should walk to the park and save the ~mile that’s in my knee for the more cushioned reservoir. Duh

And then Tuesday I had another revelation. If I’m not meeting someone there, there’s no reason I have to run Central Park. I can run two blocks to the East River and run there. It’s a shorter distance back for when the knee goes nope, but there’s also less start/stop

About that knee who said nope...

When this was all starting in December I said I wasn’t particularly worried about the knee. I have good health insurance, access to doctors, etc. While access to doctors has been complicated, I’m still lucky to have access to a solid orthopedist.

We had a conversation about my dislike of antinflammatory meds. I will take tylenol if I have a headache, or advil if I think the knee/hip were going to keep me up, but I do not like to take meds routinely. I want to fix it so it doesn’t hurt. I think this is part of why I love the advil cream Darlene and I found in Bermuda. It gets the medicine to what hurts. But why does the IT Band hurt? Oh yeah, the side of my knee is still a puffer fish.

It’s a little less of a puffer fish and I was able to run more this week while increasing the PT reps back to where I was in February. Am I on the right track? I hope so. It’s all a crap shoot at this point.

Speaking of a crap shoot, my brain finally wants to read again. I finished Mike Walsh’s Bowling Across America, read the quick Cross Country by Rickey Gates and am now the last person on earth reading Dean Karnazes’ Road to Sparta. I’m really happy about this as I’d missed reading.

Linking up with Kim and Deborah for a short weekly run down: 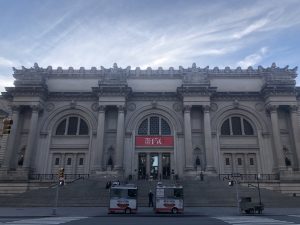 morning loop, in the afternoon 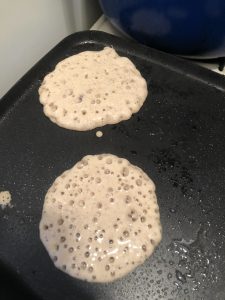 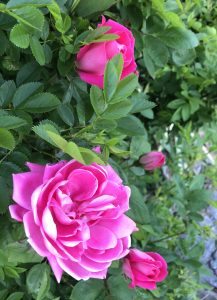 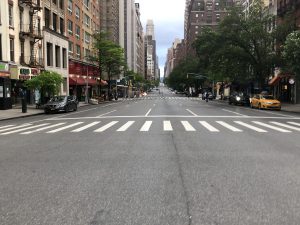 is anybody out there? 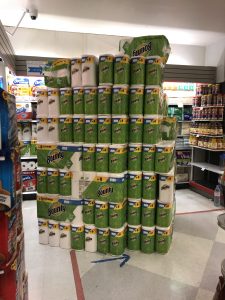 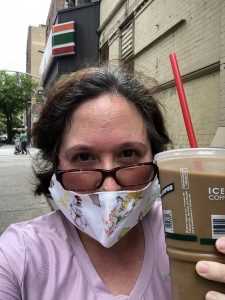 No formal run plans for the week, but excited to do the Freihofer’s run “with” Darlene, Deb and Kim and in person with Elizabeth. STay tuned for photo silliness if weather cooperates.