I’ve always identified this song with distance running since it (and Taylor Swift’s Bad Blood) came on in he closing stretch of the race that made me a half marathoner. It’s also one of those songs that I heard for the first time live when she played on the Intrepid a few years ago. It’s such a beautiful and powerful song.

A lot is rightfully said about runners listening to their bodies. Less is said about listening to our minds. I think that’s always important go do, but crucially during the mess of these last three months.

Personally and professionally, I’m fine. I’m working, I’m healthy and speaking of the events of the last two weeks, I am privileged to be at no risk of being arrested or injured if I’m outside at 8:01 PM while curfew remains at 8 PM. Was I really OK? Are any of us? Probably not. The always awkward How are you? has become even more so now when we frequently don’t know colleague’s or acquaintance’s personal situations.

I kind of touched on it in a prior post, but I also felt it in struggling to get out of bed in the morning. Through running I’ve turned into a morning person, but all of a sudden getting up at 7:45 was hard. But it was a catch 22, because why get up if I was in physical pain and couldn’t walk/run the way I wanted to? So why bother. Although my social anxiety has been much improved by being around fewer people, my overall anxiety has not been great. I know I’m far from alone in that as we all struggle to navigate this utterly foreign situation.

What’s my point with this? Listen to your mind as well as your body. Talk to someone. Get professional help if you need it. There’s no shame in or reward for struggling. And I’m always happy to be that ear for anyone. 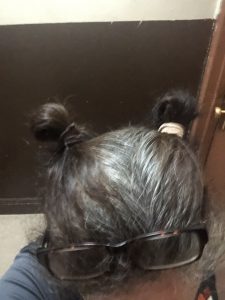 I <3 my pigtail buns

Phase 1 starts Monday here. I don’t think it’s going to have much impact on my day to day life, but I am so glad what it means for some small retail businesses who I really hope make it through this storm. Current rumor on Phase II (aka hair cuts) is July. I’m not in any rush to get a hair cut, but it means I’ll hit my quarantime goal of a ponytail because I’ve been rocking pigtail buns for the last week. They make summer running so much easier.

as I worked on my spreadsheet for June (I clone last year’s so as not to have to redo the formula), something caught my eye on June 19:

Cannot believe a year ago now I was over thinking marathon training and I’m a few short weeks from having joined my first Rogue session. I love the people and coaches I trained with and could not have asked for a better marathon experience.

I still haven’t read Hanson’s First Marathon. In fact, it probably needs a new home. If you’re interested in reading it, please let me know. If it’s more than one person,  I’ll pick a name. I’m going to say US only because USPS is having issues at the moment due to COVID and I don’t trust that it will get to you. 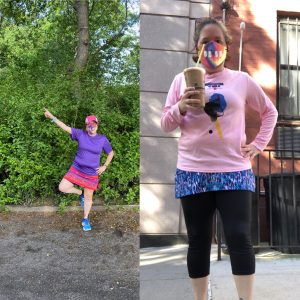 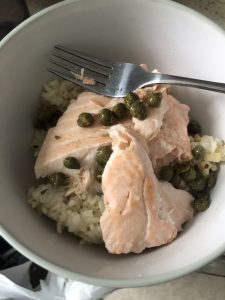 I love the fishes ’cause they’re so delicious 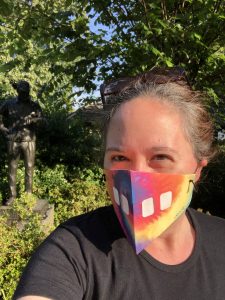 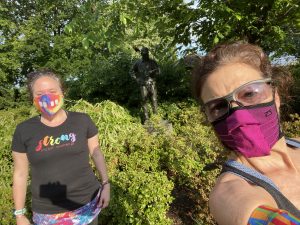 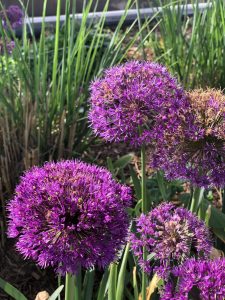 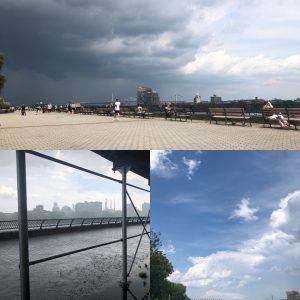 Had a laugh  as I looked at #GoTheDist YTD:

Between no commute or marathon training, and continued recovery, June is going to look very different to June 2019. Only goal is continued running without pain