I cannot believe we’re just a few weeks from the fifteenth anniversary of Hurricane Katrina. Still remember sitting in my friend Helen’s car  in Adelaide waiting outside an electronic repair facility for her to pick up her VCR/DVR when the radio was talking about the impending landfall. I started Douglas Brinkley’s The Great Deluge on Saturday because it’s 700+ pages (nothing like a little light reading!) and I wanted to have it done in time to think about the anniversary. I realize how little I knew about the Mississippi Coast regions I drove through until I saw the Katrina memorial in Biloxi my last morning.

This week marked the anniversaries of Hiroshima and Nagasaki, and they kind of snuck up on me unlike 2017. Surprising given it is the 75th anniversary. Here is a repost of my 2006 Hiroshima blog. I visited Hiroshima four times-the most powerful was on Veteran’s Day just two months after 9/11. It was chilling, but I believe a place that every American who visits Japan has a duty to see and learn from. Hiroshima is easily accessed from Osaka. Nagasaki took some work, but it was well worth it. I still remember thinking that if I was sleeping in 1945 where the hostel I stayed in 2016, I wouldn’t be here. Frightening. 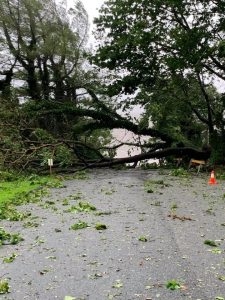 This week also brought Tropical Storm Isaias to town. It wasn’t a direct hit, and Manhattan was mostly spared apart from some massive tree damage in the parks. That wasn’t true in all of Con Ed’s services areas, where more than 130K were without power, second only to Sandy. Some were still out Friday morning when a random non storm-related blackout hit parts of the city. The northern suburbs and Connecticut were hit pretty hard. Luckily the tree that took out mom’s power, cable was kind enough to fall between their house and the river, rather than the main road which made things very interesting last storm. She got a generator after Sandy, so the power outage was more nuisance than an actual issue. 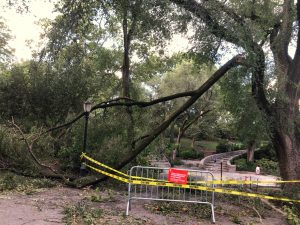 When I went for a walk after work to scope out the damage it reminded me a lot of Hurricane Irene. Looking back at that album, amazing how much more greenery there was back then. So many mature trees, just gone. Gives Gone with the wind a whole new meaning. 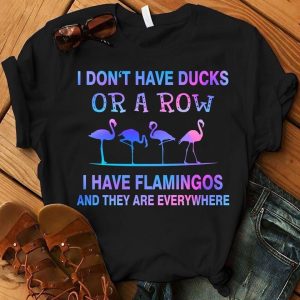 saw this on one of the social channels. So fitting

The week was good, but felt very disorganized. It was fitting that this showed up in my feed. Ads reading my mind? Wouldn’t surprise me given Bob & I were speaking about an author I thought he might like, and a day later a $5 off coupon for books by that author was in my inbox . Not usually a conspiracy theorist, but that was weird. 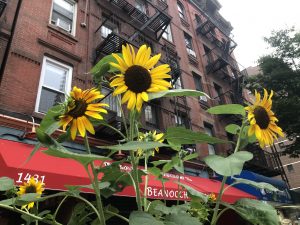 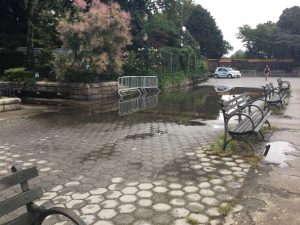 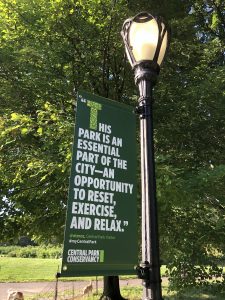 yes, yes it is 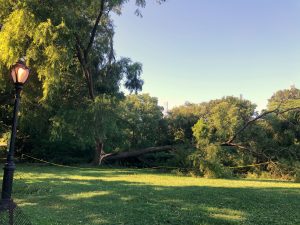 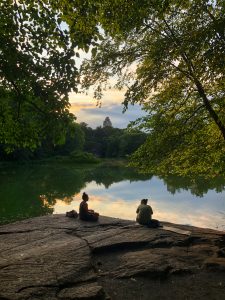 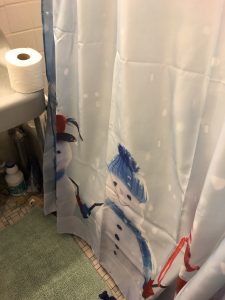 my bathroom is ready for winter 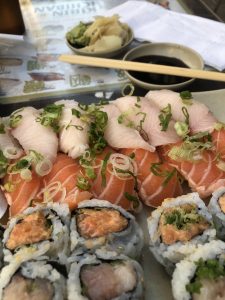 20 thoughts on “on Hurricanes, Hiroshima and Nagasaki”