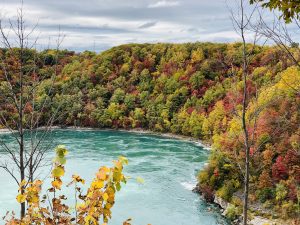 Niagara, you are GORGEous

I’m not going to blow up this post with photos since the plan is a Travel Tuesday Active Leafcation post, but suffice it to say that the utterly unplanned road trip was just what the body and soul needed. Marriott calls it a rejuvacation, and while I think that’s a mouthful, it’s so so true. Also to steal completely from Deborah, October is indeed my favorite color.

Anyone else treat yourself for Prime Day? I got the Renpho massage gun I’ve been eyeing for a while. I wondered why I needed it when I survived marathon training without it, and then I remembered I was in JackRabbit two-three times a week and would use their Therabody. I don’t need a $400 massage gun, but so far I’m loving life with this massage gun. I’m still mostly running pain free, but the mornings after aren’t so much fun.

Speaking of marathons, off a recommendation on the Runners Bookshelf Facebook I read Nikki Love’s With a Little Dash of Crazy. To celebrate turning fifty, she ran 63 marathons in 63 days breaking the record for women’s consecutive marathons. The men’s is of course far off with Ben Smith’s 401! While I think there might be another marathon in my next sixty years, the idea of sixty three is unfathomable. 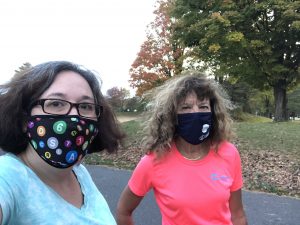 look who I found! 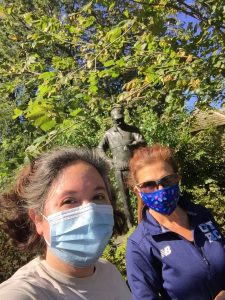 hamming and ‘gramming with Fred 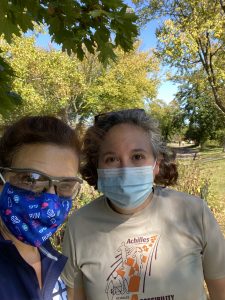 and a taste of fall

30 thoughts on “Falling into Running”