So glad so many were able to “join” me in the 9/11 Virtual 5K. In honor of the twentieth anniversary, the museum is remembering and celebrating the 9/12 spirit when the world came together. Throughout these last couple of years, I’ve really missed that and I’m hoping we can remember how to get back to that. While the in person run isn’t a race due to the course, it’s always a fun day and I look forward to coming together again in person hopefully for next year.

Does the Chauvin verdict allow us to hope for change? Personally my take over the last year is that there’s not going to be one leap but lots of baby steps (hopefully) forward.  Society, public health, human decency. A girl can dream, and that’s all I have to say about that.

Before I get to this week, a step back to last Sunday’s cooking class. 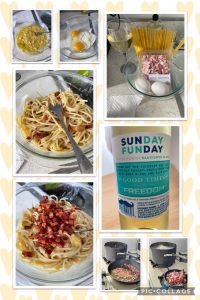 No, that old tumblr is in no danger of coming back (and is Tumblr even still a thing?), but last Sunday was fun. The wine was not in the recipe, and apparently you’re supposed to drink red with spaghetti carbonara, but I a) don’t like red and b) don’t care. I am usually very good at making glue, but this was delicious and easy. The original frying pan was a mistake, but I recovered and had a delicious lunch. I actually liked it so much that I bought the ingredients to make it again sometime soon.

In perfect pairing with that was Go Ask Ali’s Our Bodies Are Instruments episode which was a very frank discussion about the objectification of women inherent in beauty standards. Tenet: Your body is an instrument, not an ornament. According to society, women should look a certain way to be attractive to men (always men) or to be ready to hold and feed a baby, but what about what we want? Why have we been socialized out of playing in the sand in bathing suits? Good food for thought. Her guests have a book, More Than a Body which I’m very eager to read.

It was amazing not to need to go grocery shopping this week since I had: spaghetti carbonara leftovers (even though I halved the recipe), broccoli and macaroni, and chicken cutlets. I love my salmon and udon, but sometimes we need some variety.

The move to the Apple Watch has been great for facilitating the move away from stressing out over steps, which was gradually happening over the last year. But I still participate in challenges and needed to log in to accept a friend request. Bonkers to see just how far I’ve walked in seven + years. The floors isn’t accurate as I haven’t consistently had a fitbit that tracks them. I wonder what on earth I was doing on September 7, 2015!

What I also really like about the Apple Watch is it reminds me that I don’t need steps to have a true workout. The exercise ring is in some ways more meaningful, although I’m not sure my Peloton stretch classes are exercises any more than my sleeepy meanders for coffee.

In non-exercise news, did anyone else watch the ER Reunion on Stars in the House?  I watched the first hour live and the rest over two days because they went on for two hours. It’s like the cast hasn’t been apart at all. So much fun. 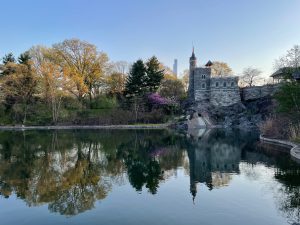 reflections on the past year 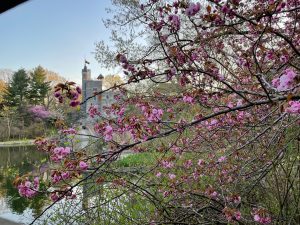 so lucky to have discovered this 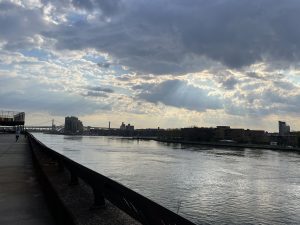 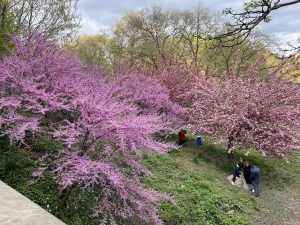 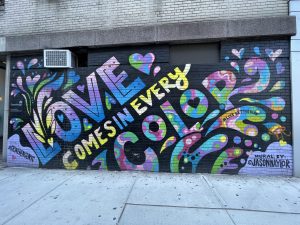 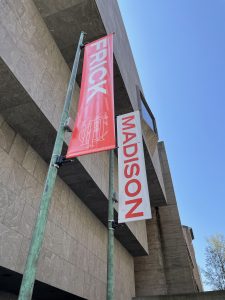 I museum therefore I am 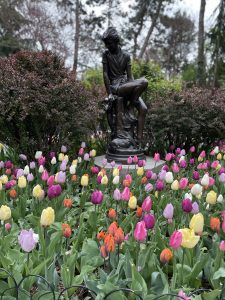 Peter Pan and the tulips 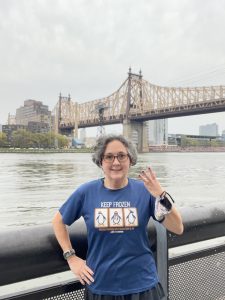 27 thoughts on “a sense of community”