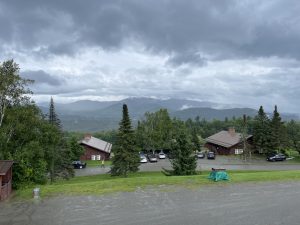 I didn’t take my laptop on vacation, but had the best laid plans of crashing a post last Sunday. That did not happen, and then I never really caught up during the week, so linking up with Deborah and Kim for a highlights rundown. 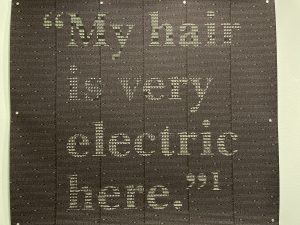 this piece from Katonah Museum’s Biennial seemed on brand

As we’ve all been saying, the humidity has been horrific this summer. While we were lucky this last week with a reprieve from 90+ temperatures,80 and 90%+ humidity isn’t a peach either. Sunflowers helped, especially with the overcast skies. 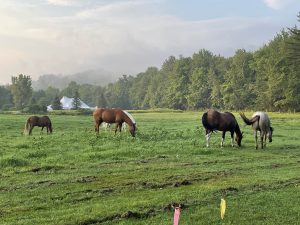 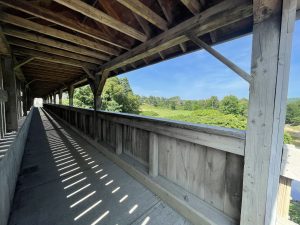 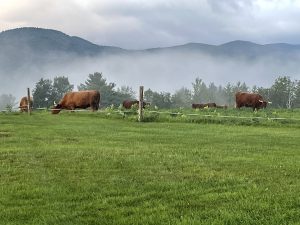 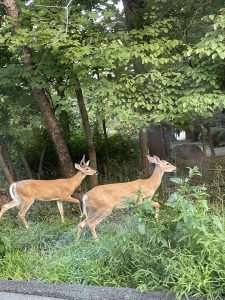 closer to Manhattan at mom’s, but yet so far! 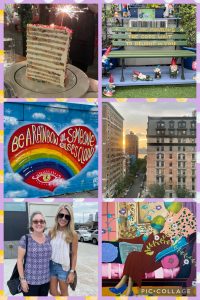 This ended up as a slight down week as I tweaked my hip running the trails and then sitting in the car for seven hours. I ran the usual Monday, Wednesday, Thursday and Saturday, but fewer miles. Taking it easy mileage wise, and lots of walk/stretching was the right decision as it felt perfect on my long-ish run Saturday.

It was a really good week though with a few extra days off work, time with a visiting friend and a day trip to Katonah for lunch and museums with another friend. The normal days feel so special after this crazy year and a half. 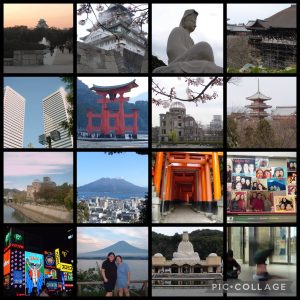 20 years ago Monday I moved to Japan

Speaking of special, August 16 marked twenty years from when I moved to Japan for a post-college job. Moving overseas where I knew virtually no one and didn’t yet speak the language really taught me that I could do anything and accidentally shaped my career in that the follow-up stint in Australia taught me that tourism could be a career. So grateful to this random job ad and successful application process. 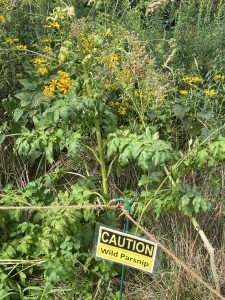 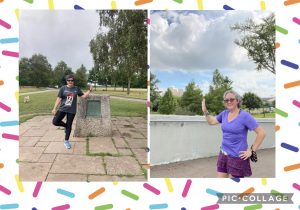 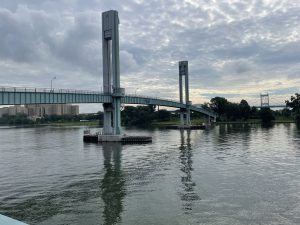 calm before the storm

Saturday was the only run worth noting.

Due to schedules and then the rains from Henri, Liz and I couldn’t coordinate running at the same time, but we definitely wanted to mark the three-year anniversary of our in person meeting/run as it was so much fun last year. I did make one that was a more believable high five, but I also wanted her plaque, so might was well just embrace the spirit of running together. Books and running bring the best people into my life.

I was missing running in Central Park, but that wasn’t going to be an option with all the prep for the Homecoming Concert, and I knew I wanted water fountain access so the Randalls Island loop it was. It’s an easy 8 miles to, around and from the island and while the island was busier than normal due to everyone avoiding CP and folks training for fall races, “normal” is super quiet so it didn’t feel busy at all. It was mostly overcast from Fred and Henri, and I went out slightly later as well, so I didn’t get the sunrise skies from my last foray. The same public art was on view, although I traded wild lavender for wild parsnip. Who knew that merited a caution sign?

All in all a good run, and today I don’t plan on leaving the apartment thanks to the rains from Henri. Might have to put on the boots to see just how flooded Carl Schurz is though.