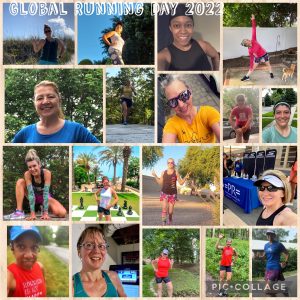 It was a good week and so much fun to run “with” all of you. By my count we had nine states, six time zones and four countries represented. We absolutely nailed the “global” piece of it and had two other states and a country who weren’t able to get pics in.

It was also great to get some “sneaker time” with friends. Daily texts are great, in person talking even better.

Reading: outdoor weather means “recovery” is laying on a park bench and reading. This was true of marathon long run days and definitely true of the last two years. Trying to keep that balance and not be overscheduled as we return to “normal”. Fun fact: I wanted to call this running and reading and wordpress appended a 2 to the URL. Can’t have that. So I had to search: March 2019, May 2019 and July 2021. So predictable, and I wouldn’t change it for the world

It’s been a while since I wrote up a book I’d read, but it has been an even longer while since I read a running book worth sharing. This is the story of Gething’s participation in the 2015 World Marathon Challenge. Elements of the story seemed familiar so I either read it before, or it has been excerpted, or both. Either way, it was a good, quick read. Gething went from being utterly unfit and on the verge of a heart attack by 40 on the  eve of his eldest daughter’s birth to running seven marathons in seven days at an average pace of under 3:30. Wow. He’s also a competitive ultrarunner and triathlete. While the early chapters covered the rest of his story, the bulk of this book was his seven marathons interspersed with some sports history about stage racing. I appreciated this as they’re not something I follow and found the sportsmanship stories as he battled with Doug to be fascinating. While none of the lead runners are at a pace I could even sniff – and I’m proud of my 6:18 – I was tickled to see there were back of the packers attempting this. There’s no way I want to do seven more marathons in my life, let alone in a week, but I’d be lying if I didn’t say the Half would be a fun project. Maybe when I win the lotto, because it’s 42K Euros to do!

And I seem to have broken a running book logjam as I read Shane Benzie’s The Lost Art of Running (good, but not great. A little dry in parts) and am now reading Sara Slattery / Molly Huddle How She Did It. What running books have you read lately?

I was ahead of 2021 through April (thanks two Half Marathons and a 10M) but am about sixteen miles off now thanks to the conscious decision to step back the running in May and May 2021’s insane mileage. Looking at my log, I ran more days but less distance and that worked for my body. I’m slowly ramping back up in distance and mostly enjoying the runs. 77.96 miles as a cut back? Yeah I’d have laughed at that two years ago. Life is funny sometimes.

Needed to be at 417 to hit my year-end goal and ending May I’m at 445.53 so I’m fine. We’ve been back in the office two days/week for two months and I’m pleased with how I’m balancing work/life/running. 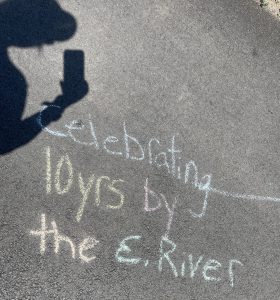 always nice to see their work 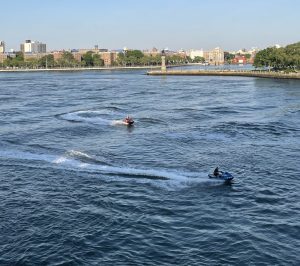 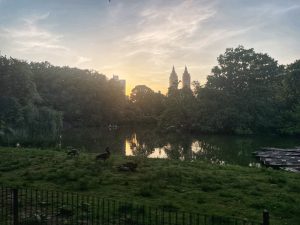 a scorcher, but a pretty scorcher 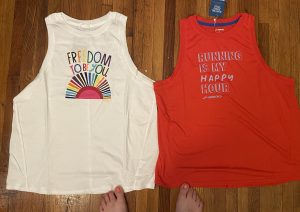 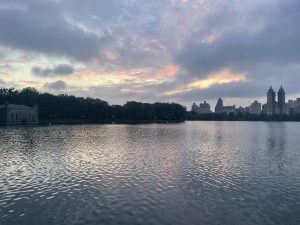 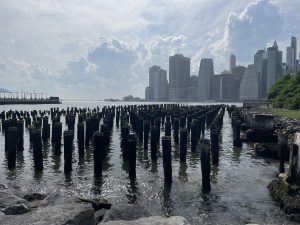 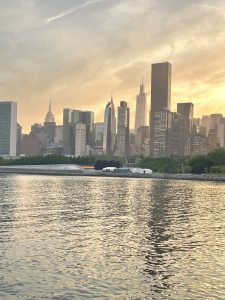 the skyline sure does 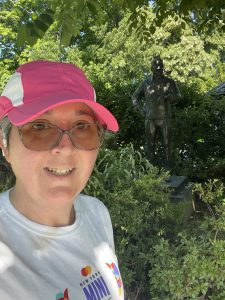 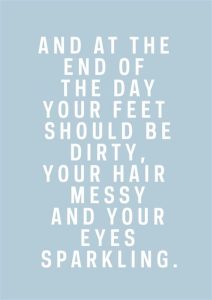