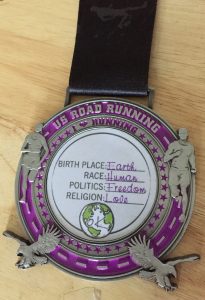 US Road Running We Are One medal

Late August/September were pretty much a hot mess. Not for me personally, luckily, but certainly for much of the world between human and natural disasters. I think that’s part of why US Road Running’s We Are One Virtual race caught my attention. If unclear, it reads as follows:

I thought I’d posted about US Road Running previously, but I guess not. I find them a nice motivator for days I don’t want to go out and run, and the medals are nice. I actually ended up becoming an Ambassador (my code, NGKKLA, feel free to use). I’ve bounced between 5K and 10Ks as I wasn’t aware of their Club feature when I first signed up so when I signed up for this one I opted for a 5K as I could count on one of those in lead up to the 5m at the end of October. 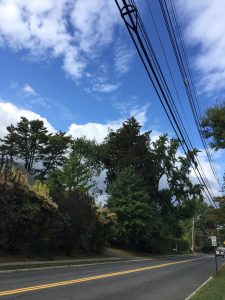 I wasn’t actually planning to do 5K yesterday so didn’t have the medal with me. I had a short run Thursday for my first run after the Stampede and have been planning to generally ease back up. But it was an absolutely perfect fall afternoon and out I went. The trail near mom is one I’ve run before, although that wasn’t the full length.

I headed for the south end first as I knew that would be the longest segment, about .7 miles from my start. I argued with myself for much of the first mile but I listened to myself and knew I wasn’t hurting. Like many runs, I bribed myself. Just five more minutes, just two miles, just thirty minutes… Somewhere between miles 1.5 and 2, I started thinking about 5K. I knew if I could will myself to 30 minutes, my pace was such that 5K wouldn’t be far off. 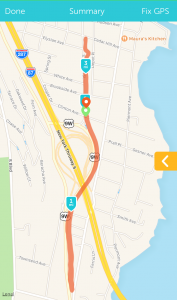 Because it’s a loop and a narrow trail, it’s hard to tell just what I did. Basically I went middle to south end, to north end. Then middle to Hamilton back to start, realized I was still short and went north to Brookside and back to start. Yeah, it would have been simpler to just repeat the first lap, but why would I ever do something that easy? It’s the same problem I always have with Central Park’s lower loop. 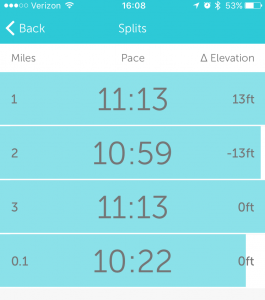 I was.. remarkably consistent.  Mile 3 might have been even faster if I weren’t wasting the mental energy on trying to figure out how to get to 5K and looking at the watch to see if I’d hit it/whether I’d get the PR. My watch used to buzz on the mile, but it isn’t now and I need to find the booklet. And then the home stretch because I smelled the PR. 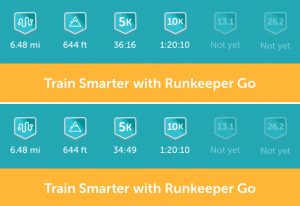 before and after this run

WOW! PR over this run by nearly 90 seconds and 2m20 over my prior outdoor PR. Great medal, great run. That one makes me sad – not just the plantar fasciitis that followed but it was my last East River run before the construction. Going from E. 78th to the Queensboro just isn’t as scenic or enjoyable. Here’s to it being finished on time next spring. With the calendar turning to October, summer is (hopefully) finally gone and I’ve finished two seasons of outdoor running. I cannot wait to enjoy fall and hope to find time to run outdoors during the week at least once or twice because it feels wonderful. 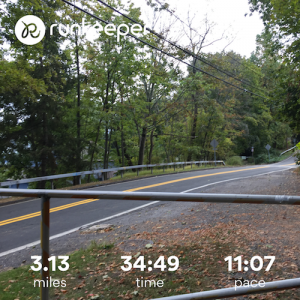 And I cannot wait for the leaves to change…

4 thoughts on “an awesome medal to close out September”