I have so many feelings about Sunday’s Fred Lebow Half Marathon.

Linking up with Kim and Zenaida to share the good, the bad and the amusing about the race.

Because I picked up my hat so early, it was a disjointed “race day experience” and then I just repeated same picking up my shirt & bib for Gridiron while getting my medal engraved.  I was excited to be running Lebow again, but I was nervous especially as my calf/achilles hadn’t fully resolved. My official race plan was to listen to my body and go as long as it felt safe. If I thought I was exacerbating whatever is going on, or if I was too cold/wet, I’d drop out. 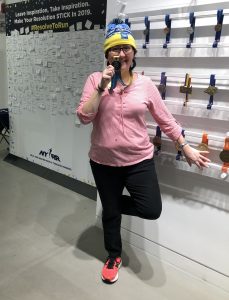 I flamingo, therefore I am 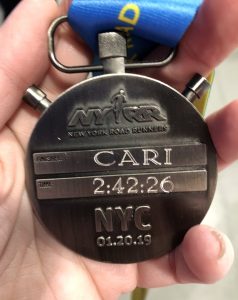 Engraved, so it must be official 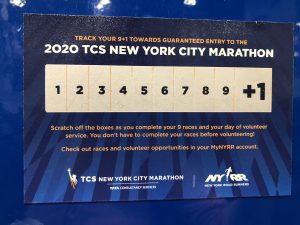 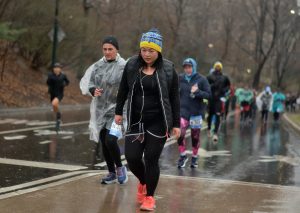 this is why we wear pink pants! (c) Cheer Everywhere 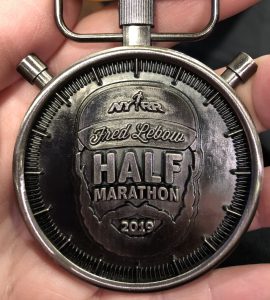 I really love this medal. Fred still incorporated, but it’s more medal like

Overall, I was really happy with this race. Lebow was just as fun the second time through and I continued to learn a lot about myself. While at the moment I’m saying no more January Halfs! I think I know I’ll be back next year.

What’s your favorite race that you return to?

What’s your favorite I’d forget my head if it wasn’t screwed on moment?