So I was pretty sure I knew what I was going to do as far as group training for the fall. And then the details came out with an 11:00 top. Nope. I was actually feeling kind of weird about Mile High training anyway as I haven’t really done the classes in a long time and although I’m part of Team MHRC, I have literally never trained with them and was not planning to run for them in November. It’s clearly time to re-think my training plan.

Like Darlene mentioned, I’m planning to do a modified Hal Higdon once everyone quickly and unanimously gave me a heads up on Hanson. But I really want a group to train with. Especially on the long runs, although I did sign up for one of NYRR’s supported long runs. I think I can get by my large group issues if it’s not talking focused, but we’ll see. 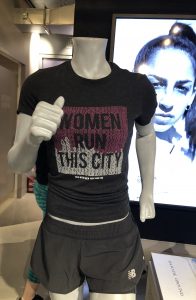 I really wanted this shirt, but it was sold out 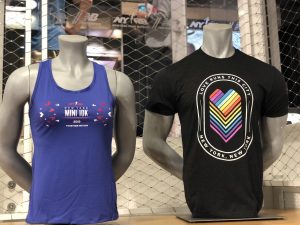 Didn’t love this race shirt, but I’m going to buy myself the Pride one

I am not a fan of tanks. I’ve said this before. It’s less an “I don’t like my arms in sleeveless” and more “my arms chafe something awful, no matter how much body glide. I’m not giving them more surface area” and also “I live alone. I can’t sunscreen my back”

tossed a whole bunch of never worn race tanks when I last Marie Kondo’ed my closet and made plans to give this one away even before I got it. I got super excited to see the Women Run shirt, but unfortunately I waited too long for bib pickup and they were sold out. Surprisingly for NYRR/NB gear, it isn’t available on line. The Pride shirt is and I bought myself that even though my cousin is making me one for the race because I know the shirt is a tank.

I know they can’t, it wouldn’t be cost effective, but I wish they’d ask for a tee/singlet preference at registration because I feel it would make everyone happier. Which do you prefer to run in?

I swear my wallet was running its own race Saturday 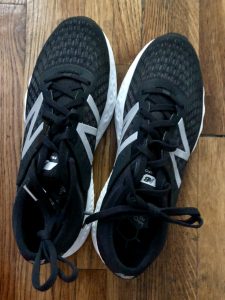 I really, really loved the April shoes. Was so glad to find them in black because my one complaint is they’re filthy from spring mud. It’s not that I mind, but rather not do that to another pair. These have proved perfect for long-ish runs and with the second pair should get me through November. NYRR had a 20% off the entire store if you showed your medal/bib. 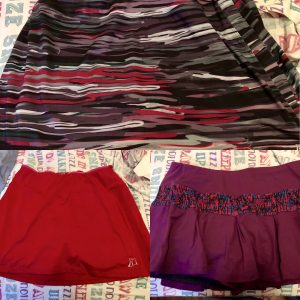 A prior Posh purchases arrived. Two Gym Girl, one Lioness. 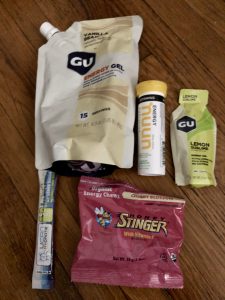 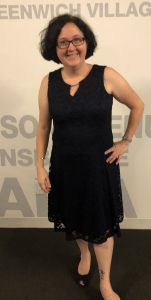 Why I couldn’t run after work 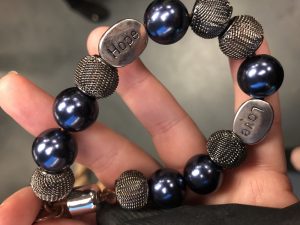 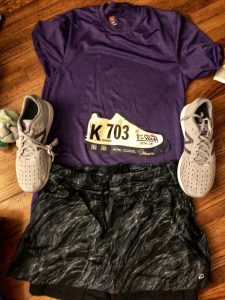 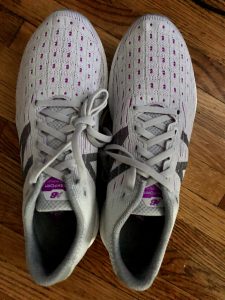 close up of the race SWAG

I’m not sure these are cushioned enough for me, but curious to try them at some point. 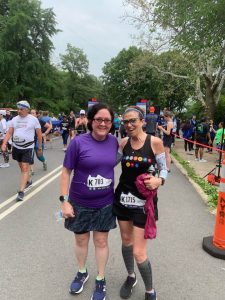 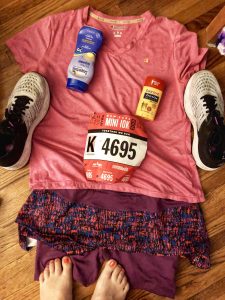 traded layers for sunscreen. And yeah, that shirt is familiar