First international racecation is booked! I’ve been vaguely aware of Zooma from MCM Mama Runs and Wendy (? I think) when she posted about Great Lakes, but when MCM & Marcia posted about Bermuda, it went from vaguely aware to ooh! Bermuda is one of those places I’ve always thought about going but never acted on, so I’m glad running gave me a reason. Can’t wait to meet some of you.

As I think I mentioned, a colleague and I ended up signing up for Jack Rabbit’s Rogue Training. It’s reasonably priced at $85/month, or about $10/run. The best part is the schedule (6:45p Wednesday, 8a Saturday) works for me in that I can make almost all of them.  The 15% discount on non-electronics is great too as JackRabbit’s stock is more extensive than the New Balance store at NYRR.  Workouts began last Saturday but I was out of town so picked up with the group on Wednesday. More on that below.

I’m calling June 19 the official start of marathon training as that’s when I started with the group. To keep myself accountable, I’m also donating $1/mile to the Joyful Heart Foundation. Although I have my own bib, I still wanted to run for a cause. It’s always one of those I donate to regularly, and wanted to tie my marathon fundraising to it. Since I don’t know if my legs are going to reliably hold up to Sunday’s recovery run, I’m calling Saturday the end of the week for mileage tracking.

Not post related at all, but I read a really interesting post about “bad” race recovery. Some really good and out of the box advice.

look at that pace! 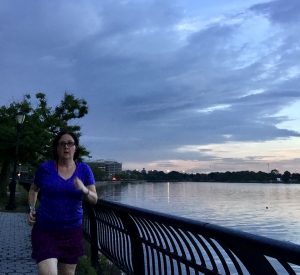 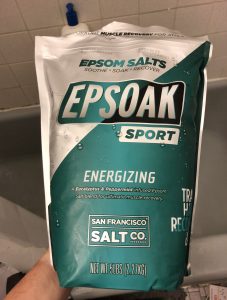 so thankful for a tub! 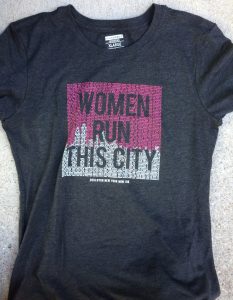 you are not an XL