I’m pretty sure I’ve never recapped a non race. But I have to say, even 36 hours later as I start this – twenty miles didn’t feel like just any other run. Linking up with Kim and Zenaida to talk about the milestones this race represented for Tuesday Topics.

While this run was far from perfect and I hit a wall (not The Wall), I’m really really pleased with it and part of me still can’t believe I ran twenty miles. Sorry not sorry to all of you who got caps locked on Strava or text. 😀

I’m in a Facebook physical activity challenge group and last week when I posted Thursday’s rain run, one of the other member asked whether I could/had run the 59th Street Bridge. I mentioned that I’d walked it a few years ago but had missed the long run when the group ran it. I hoped to have the opportunity to run it before the marathon – and then it landed on the route for this past Saturday. 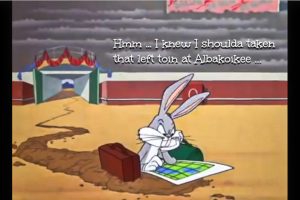 OK, so there was a scenic detour in Brooklyn there. I wasn’t really too disappointed, I could use a break from running Central Park. Something I never thought I’d say, and I really do love the park – but sometimes it’s nice to see something different, even if it ended up as part of the NYC Half course.

This route was a lot of fun. While I know the 59th Street Bridge at mile 16 is going to feel very different to mile one, it was so nice to have the chance to run it, albeit in reverse. One major difference I’ve seen from training is that hills don’t necessarily feel like HILLS. I really want to be sure I keep this up post-race.

Running through Queens into Brooklyn, while not exactly the marathon course in reverse, was a great way to get familiar with the terrain. It was great to realize that the Pulaski isn’t a Bridge in the same sense that the Verrazano and 59th St. are and I learned some of the landmarks.

I also got a feel for finish time. McMillan told me that my time trial equated to a 5:45 marathon with a 13:08 pace. That was mostly meaningless to me until I ran a distance longer than a Half. My running time was 4:33:19 for a 13:27 pace.  I was out longer because there were some stops to check the map when I was turned around in Brooklyn, some stretching time when I was trying to motivate myself to keep going, and some photos. Saturday’s weather was nice, but warm. I think with the cooler weather in November and more water along the course to avoid some longer water stops to fill and drink that I might come in around predicted which is crazy. I’m still not at all setting a time goal. I just want to finish and enjoy it.

My Garmin lasted. I thought it would, but I read stories of people saying theirs didn’t so I was glad to see that it was down to only 50 something %. Although I don’t plan to listen to my iPod through all of the race, it was nice to know that lasted too. Four podcast episodes:

Run fueling has been An Issue and I’m even more than normal to Liz for her counsel on this part of running. The avocado for dinner before the long run has worked and I put out two breakfast bars to take with me – before and after run. And then I promptly forgot them. Luckily, CVS was open and I bought yet another box. I seriously have 2-3 started from this exact issue. That part of pre-race fuel is relatively fine, although I know it won’t work for ~10 a start. That part is still TBC. It’s the in-race that’s still a work in progress. When I listening to the fueling episode the lightbulb of frequency went off. The 8-10 mile strategy of a chew every mile and a half-ish is perfect. I’m just not sure I want to eat 13 margarita chews. The Science in Sport lemon-lime and apple gels worked, although I took the latter too late when I was trying to stave off a dehydration/heat headache. Sipping the Science in Sport lemonade slush is still good, and that’s the plan for the race start. Still TBC: how I’ll do Nuun/SiS tabs mid race. I think the plan is to carry a handheld and fill it from the aid stations, but not sure I actually want to carry a bottle so… TBC. This is why I love long runs. Fun planning. I’ve just decided I’m going to run the Mohawk Hudson Half so will hopefully get to trial this.

I figured out a way to carry my phone. OK, this sounds ridiculous, but it’s true. Part of my issue with the NYC Half was chafing because the weight of my phone was making my capris slide around. I hadn’t really figured this out as I so rarely run with my phone. But I knew I’d need it for Brooklyn, Queens turns so I made it fit in one of my belts with some gels there, some in the other pocket. I would happily run the marathon without my phone, but know I’ll need it for post-race meetups.

All in all a great practice run. I felt pretty decent after it thanks to my rule of not leaving the gym until I can touch my toes. I’m eager for the next set of 18/20 mile runs, but in the mean time I’m really glad for a down week.