My original plan for NYC Marathon training wasn’t group training, nor was it JackRabbit’s Rogue Running.  I realized early on that a DIY approach probably wasn’t going to work for me, and soon after that my Mile High Run Club idea wouldn’t either. 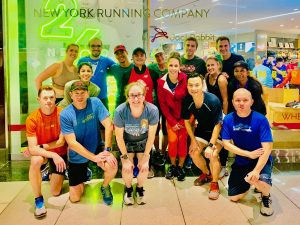 Linking up with Kim and Zenaida this Tuesday Topics to talk about group training for the marathon in general, and Rogue Running in particular.

TL; DR: I’m so glad I did group training and Rogue was a good fit with excellent coaches and fun fellow runners, but it’s not necessarily designed for Turtles.

I was mentally writing this on Saturday, my first Saturday “long” run with Rogue after the marathon and my penultimate workout with them. What was I listening to? Running Rogue’s Ode to Shalane from a few weeks ago when she announced her retirement. Two things that stuck with me?

I was all over the place when I thought about how I was going to train for the marathon.  Runfession: I still haven’t read the Hanson’s book I bought, or re-read the Hal Higdon one I read early in my running journey.  One of the things I love about our office running group is it was helpful for bouncing ideas off one another, including how are we going to do this? I’m so glad we found Rogue and that it had a five day trial.

I’ll be honest – I nearly quit Rogue after the first Saturday workout. Well not really after – during, when I fell behind during the “easy” warmup.  I can’t keep up, what’s the point? I still remember that thought and almost exactly where I was in Central Park — lower loop, coming around the curve at the south end of The Mall. I’m pretty sure that was my social anxiety talking, and I’m so glad I ignored it. 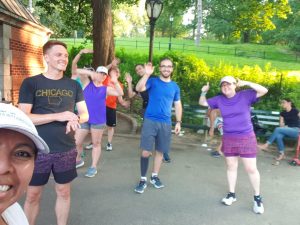 Because Rogue does a near twenty week marathon training cycle that includes base building, I began with them in mid-June. I am thrilled to say that I never really missed a session.  Some thoughts on why Rogue/group training worked for me: 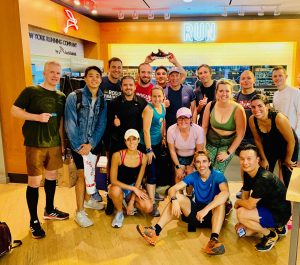 Downsides? Really only what I said above about it not being designed for Turtles. And it really wasn’t a downside for me.

Do I know for sure that I ran faster because I did group training? Nope. I just have a good feeling that while I couldn’t do the 5-6 days Rogue prescribed, I think it made me a more consistent runner than I would have been on my own. I look forward to using some of these workouts in my half marathon training, because a Half PR is definitely a 2020 goal.  I’m not sure whether I’m going to sign up for Rogue again – but that’s a factor of some travel plans that make it unlikely I’ll get my money’s worth.