Where on earth did this month go? How is it already Christmas week? Apologies for a comments blitz of late. I’m trying desperately to catch up. One of these days I’ll either put email on my phone or figure out how to blog. Not gonna happen.

It’s not even technically winter yet as I type this on Wednesday, but I’m already smelling spring as I got into the Cherry Blossom 10M. I ran this in 2018 and this was when I first “met” some of you when Coco found my recap. While I’m not sure I can actually go in April due to some travel on either side.

If you celebrate something this time of year, enjoy it. 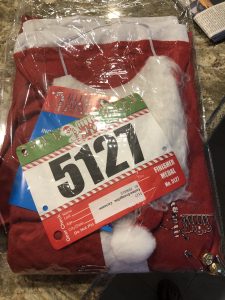 build your own Santa 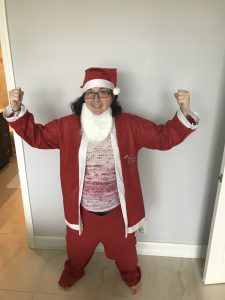 Hysterical, but impossible to run in

I eyed this race last year when I was in Fort Lauderdale but I decided it was too far for a 5K. Hmm, sounds like the reason I haven’t done Brooklyn’s. This year I was actually staying in Delray and the calendar worked, so I signed up. Rather than a tee shirt, this race provides you with a Santa suit. I’m 5’2 and it’s sized to fit someone a foot taller and wider, so it never was practical. Luckily Delray has all the chains and I hit up TJ Maxx, Ross, Stein Mart, two running stores and Target to find a red shirt to run in. Spoiler, I should have just gone to Target first.

The race begins (and ends) in Anchor Park so I had a nice two mile run from the condo to the start. I left a little later than planned, because 6:30 is early and as a result I hit Delray “traffic” aka the drawbridge.  As we waited, I met another runner out for a morning run and we got to chatting. While Delray isn’t a particularly small town, the running community felt it — everyone chatted or waved. Due to the bridge and generally late start, I got to the start just before we set off and I lined up with all the other Santas, elves and winter holiday finery. 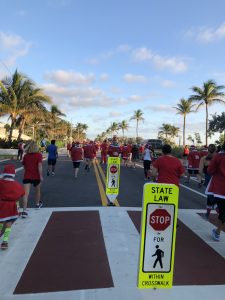 all the Santas, all the palm trees

We set out at the sound of a loud jingle bell and were off, up Casuarina and onto AIA where we ran for a mile and change before turning around and coming back to Anchor Park. The lead / escort vehicle was a surfing Santa in a red sports car. Awesome! There was one water station that served the out and back and really, is there a better combination than palm trees and Santas? 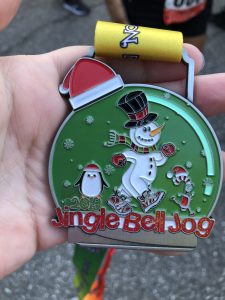 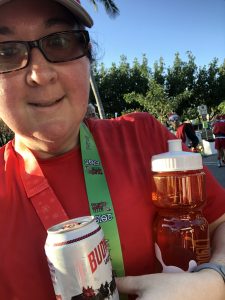 When we got back to Anchor Park there were medals – I won’t lie, the main reason I did this race – beer and ice cream. Not typically a breakfast beer person, but this was cold and refreshing. I also won an OrangeTheory water bottle. Once I’d cooled down, I didn’t want to start running again so I walked back to the condo via a delicious breakfast at Another Broken Egg Cafe.

I’d do this race again if I was in Delray that weekend, but it’s not (nor is it meant to be) a destination race. However, it has multiple locations and I’d certainly try another location too if that worked. A fun, local fun run.

Double Weekly Run Down with Kim and Deborah:

running friends are the bestest 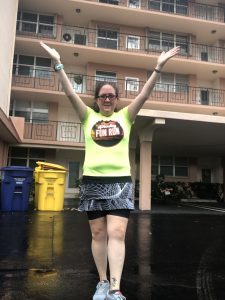 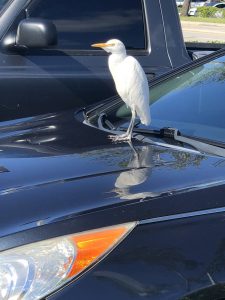 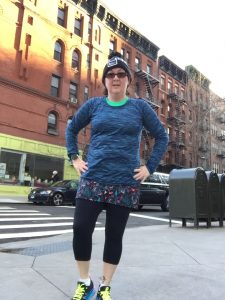 Plan for the week: run if I can, foam roll a lot.

22 thoughts on “Dashing through December with Jingle Bells”