subtitle prior to Saturday: making time for all the things, which is also true. 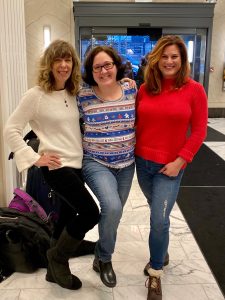 A few weeks ago, Deborah mentioned that she’d be in New York and I had a bad feeling that I wouldn’t be — while Darlene and I almost always catch up when she’s here, I’ve missed blogger visits all too often when I’m out of town myself. The stars aligned this time and we met for drinks on a snowy Saturday afternoon.

We had such an amazing time. I’m pretty sure we didn’t shut up once and would still be nibbling on popcorn if we didn’t need to get to other evening plans. Runners really are the best people.  While I always do better in very small groups or one on one, I never even got nervous thinking about this-mainly because I felt like I already knew Deborah from nearly two years of reading each other’s blogs and social media. Yep, Cherry Blossom marks two years of starting to meet most of you. WOW.

As an aside, while we did manage to run together last week, Darlene and I have not run together way more than we’ve run together lately. #RunnersNotRunning really is or should be a thing. This is also pretty much why I’d default to Friends v. Running Friends.  We all may have met through running, but there are so many amazing people here that I dare say we’d be friends no matter what we were doing. 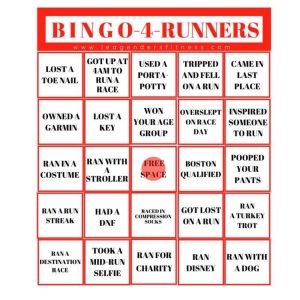 This was making the rounds in some of the running Facebook groups and I had to laugh. Here’s my board 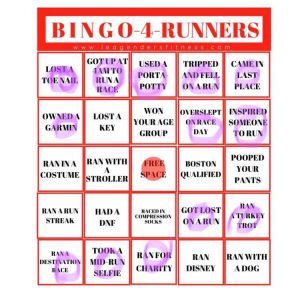 I guess I could claim a DNF in my DNSes, but to me that’s different. Of the ones I didn’t get I’d say it’s a mix of possible: costume, DNF, lose a key and an impossible/not likely: stroller, dog, Disney, Boston, winning age group, streaking. And let’s just say I hope I never poop my pants, but I wouldn’t be the first or the last runner to do so. 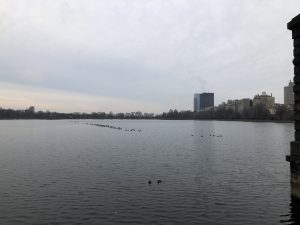 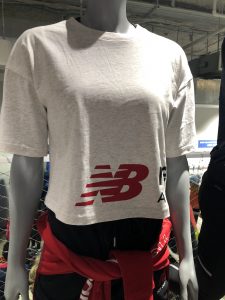 Runkeeper is a meanie 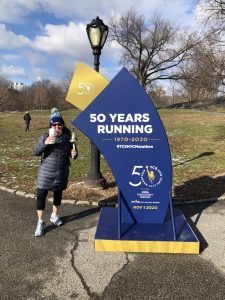 Not running it, but silly fun still mandatory