if I ever got it together for runfessions, my number one would be that I have not missed racing one bit. I’ve been trying to figure out what that meant since March with little luck. I don’t even mean in the sense that “it’s not safe, so we shouldn’t be racing”, but rather I did not care that Pride, Cinco de Mayo weren’t happening. For Cherry Blossom 10 miler I was more sad about missing the cherry blossoms in DC (and the chance to see Deborah and Coco!) then I was about not running ten miles. Not to say I didn’t feel bad for those who lost goal and other races they were looking forward to –it just didn’t matter to me personally. It didn’t occur to me until I finally read Amanda Brooks’ Run to the Finish (my review here, Wendy’s here. Did anyone else read & review this?) this week that it was my first running book since at least March. I could definitely get behind her BQ by 80 plan and definitely felt like she was speaking right to me with her IT Band injury.

Unofficial diagnosis? Injury related burnout. I think I pushed running through pain too far and it really took away my love of running, and that’s why pain-free running even if “just” four miles has made me so happy this summer. I’m very glad I did Bermuda, and was with Elizabeth for her first race back (and my beloved frozen penguin), but I had no business doing Manhattan 7 or Super Bowl Sunday. I’m so glad I belatedly had the there’s no point in running when it hurts epiphany and came to my senses, because I do love running again and am looking forward to a real race in 2021 since the balance of NYRR’s 2020 slate just cancelled. I haven’t been about all of the virtual races, but might need to do Season of Light and Ted Corbett, because Ted will always be one of my favorites. 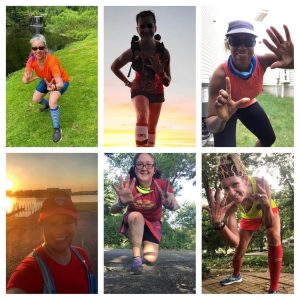 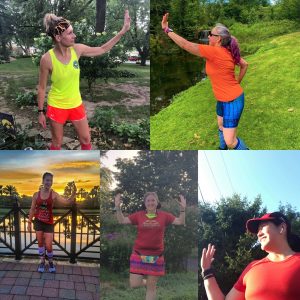 Not all racing is lost for 2020! Since Kim was an ambassador for the Bix 7 race, we decided we’d take advantage of not generally being able to run together, and run virtually together. With a theme of fire due to the heat, Kim, Kim, Renee, Montana, Zenaida and I (with Deborah with us in spirit) got out there for some solid mischief and miles. This was so much fun!  7 miles is the longest I’ve run since February and was impressed with myself especially with the god-awful humidity.  The route (thanks, Montana, for teaching us how to manually upload to Strava!) is known as “shade seeking” and “lap avoidance” as I did not want to do fourteen laps of the Great Lawn. More on why I wasn’t running the river below. While stiff and tight, I felt good after. I was pre-emptively planning to use I need an extra recovery day as a reason not to run Monday morning when the low is 80, but we’ll see what happens there. 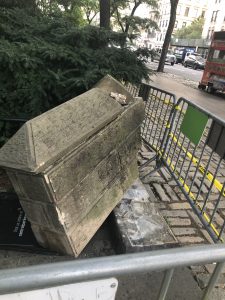 this city sometimes feels like Mother Nature is trying to take it back. This was courtesy of a tree fall. 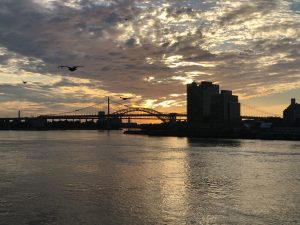 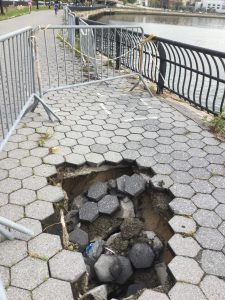 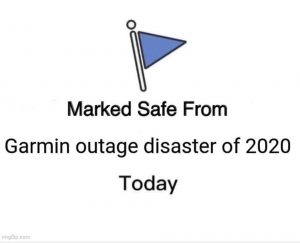 and then I came home to the Garmin news 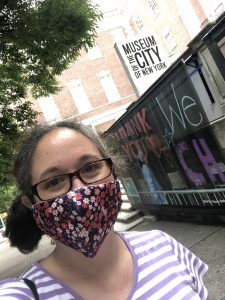 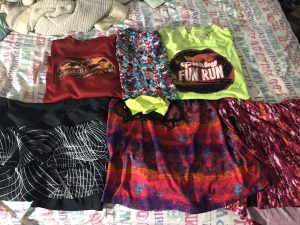 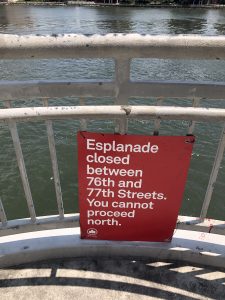 about those sinkholes again