and I really wish someone would invent a brain/typed words app because I wrote most of this on the run, but sitting down to type it…especially as WordPress is glitchy today 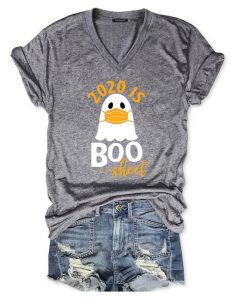 This ad keeps popping up on Facebook. I love my ghost puns and have a fun 26.Boo one, but this might also need to happen. It is just so perfect. This week marked six months of working from home. I can’t wrap my head around that. Who knew we’d still be in the middle of this on March 12?

This week was so up and down. Personally, I’m OK but 9/11 came out of nowhere this year and hit hard. I think it was the late Labor Day Weekend that was why it snuck up. I realized there are adults – 18 and 19 year olds – who weren’t alive when this happened. WOW. Rewinding to Labor Day Weekend before I get into this week’s runs. 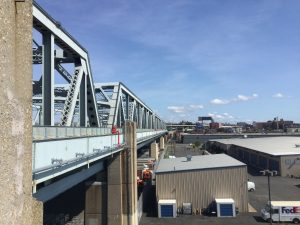 a bridge I still need to tackle 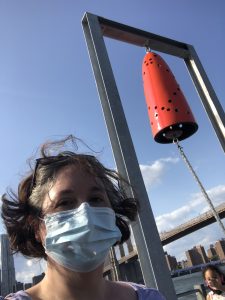 For a long time I had a thing for bridges. Basically trying to walk them all. That fell off as I’d done most of the interesting ones, but after last Saturday’s Queens run, I decided it was time to have fun with bridges again in the name of a five borough staycation. Yeah, Sunday’s “rest day” wasn’t. I did take the ferry, but ended up wandering around DUMBO and generally reframing my “I’m stuck here on a long weekend because can’t get a rental car” into “I have the opportunity to explore in a way I haven’t in a couple of years”. That was something I’d mentioned as “cost” of marathon training, I’d missed walking. So it was really a lot of fun to “rediscover” my city including an amazing sunset ferry ride. 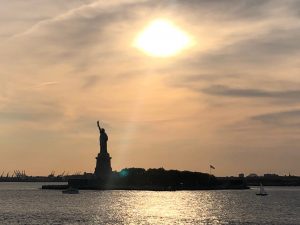 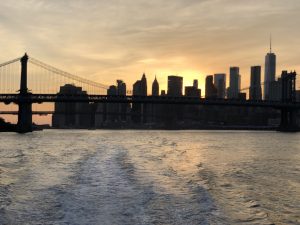 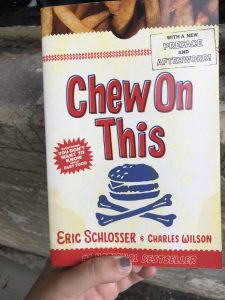 has anyone read this? 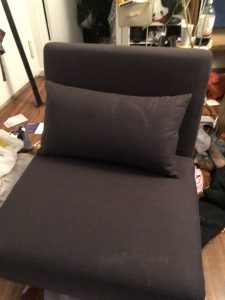 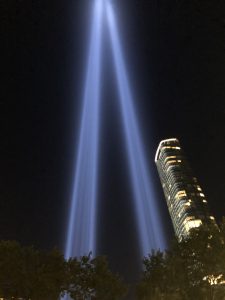 Tribute in Light from 26 Broadway 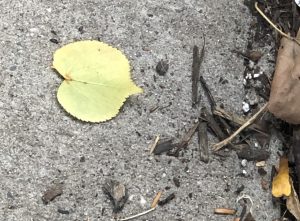 31 thoughts on “Running is such an outlet”