July came in like a furnace with heat indices over 100 and ended with a 60 degree morning run, and no I’m not in Stowe (yet). This won’t last, but I treasured it on Saturday. I won’t miss the summer heat, but there’s something carefree about summer, even amid COVID-19 that I will miss.

There are many reasons I’m so glad I “discovered” Brooks last summer, but the best was knowing  I could take my new shoes (more below) on that for Saturday’s long run, and I was correct. Just as comfortable as my broken in ones.

Another solid running month, 105.09 miles (and steps too, despite the lack of walks). Those bonus miles on two days paid off as 100 came without much extra work this last week. I’m at 653.54 miles on the year which is amazing. Am I officially half marathon training or still base building? No idea, but I’m incorporating hills on the long runs so I’d lean toward training, at least when it’s not ungodly hot. I was pleasantly surprised that my electric bill was only $45 as it felt like I had the AC on all the time. I really think my old fridge was an electricity hog so the AC is just making up for what I’m saving.

On the reading front, fourteen books including five from #20BooksOfSummer, bringing me to eleven I think for the challenge. I won’t finish it, but am pleased with the books I’ve been able to read. Reading and running are my escape, and I’m grateful to both in different ways. 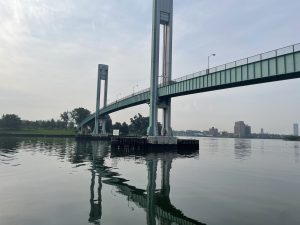 reflections on a muggy Monday 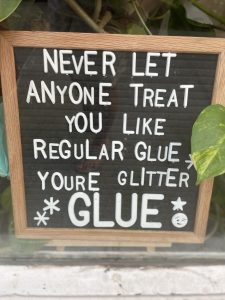 I love this store’s signs 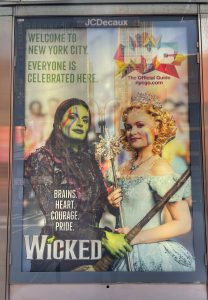 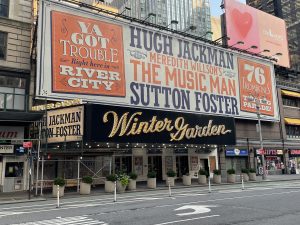 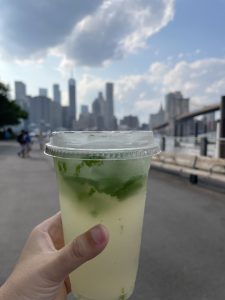 lizzmonade with a view 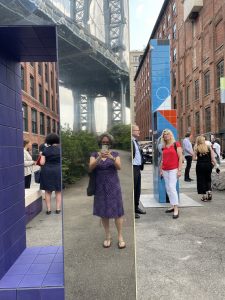 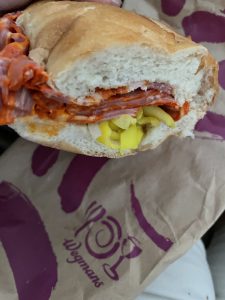 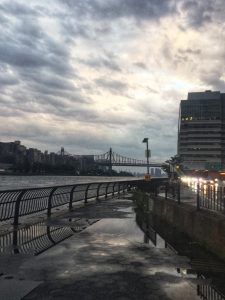 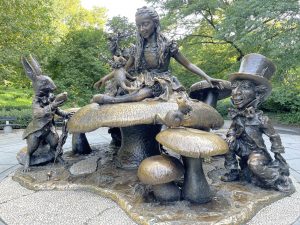 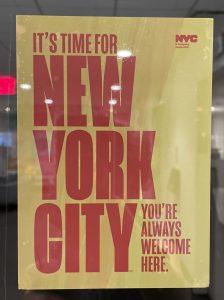 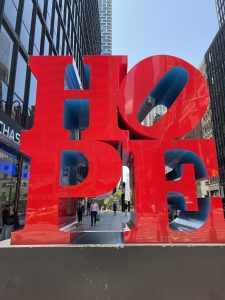 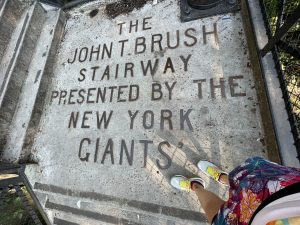 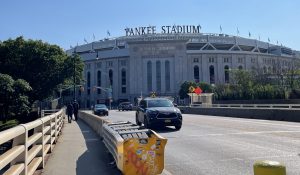 the view from across Macombs Dam 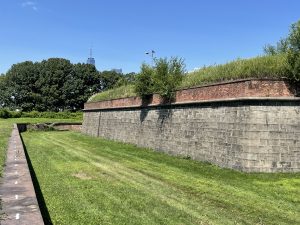 what, you don’t spend your Saturdays in a dry moat?