Meant to mention this last week and I forgot. Listened to Victoria Sekely on the Strength Running podcast and it was amazing look at the role between prehab and PT and why strength training makes for better runners. Personally what applied the most to me is that I stayed uninjured. Without strength training, which included some of my PT that came out of the ITB injury, there is no way I could have run 1100 miles last year. To me, that’s more important than whether strength training makes me faster. Also on the podcast front this week: Brittany Charboneau on Ali on the Run, Marathon Training Academy: Running Injuries and Get to Know your Podcast Hosts.

Mix of milder weather (and therefore walks) and some moments where the Peloton app hadn’t yet had enough coffee. That helped too because podcasts were stacking up and it was time to make some headway. Brittany was fun, even though I’m not a Mouse person and the idea of Dopey is just… no (for reasons beyond Mouse, I’d break). And while I listened to MTA on and off through training, I didn’t know that much about Trevor and Angie so that was fun on the run. 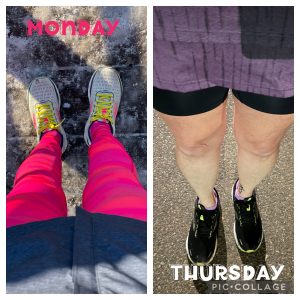 speaking of fun on the run

Stealing Michelle’s “weather whiplash” term. It was back in full effect this week. This is not one of my New York today, Florida tomorrow moments. Both photos were in Central Park, about 80 hours apart. And I loved both runs. Running was very good this week which meant tapering was… not. Oh well. 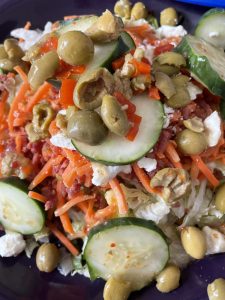 a frequent lunch this week

I’m on a salad kick. Have no idea what nutrient that means I’m missing, but I’ll take it. I actually “cooked” and meal planned this week, which I need to do more of. I always like the results even if the motivation on Sunday is… lacking. Mississippi Chicken, minus the butter, was in rotation with the salad.

Weekly Run Down with Deborah and Kim (whose post title is hysterical given my Monday pics!): 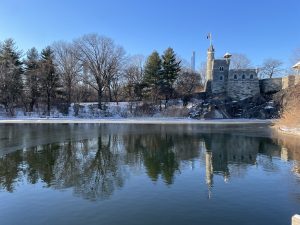 where there’s a castle 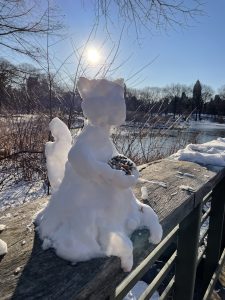 there must be dragons! 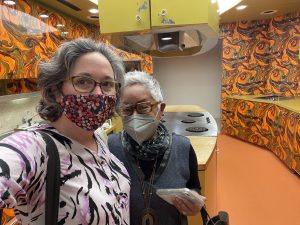 Ebony Test Kitchen at the Museum of Food and Drink 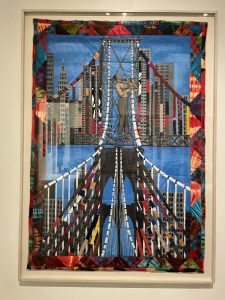 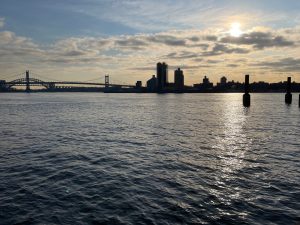 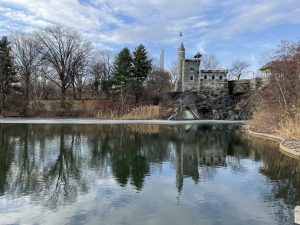 reflections on a weekday morning 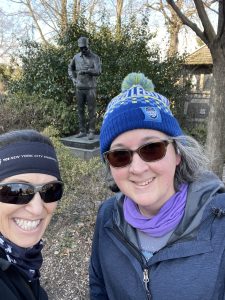 A week from now I’ll be nearly done with the Half.

Do I have a race plan for Sunday? Finish strong and smiling. Yeah, that’s my race plan for every race. I’ve enjoyed some podcasts recently about process goals, and I have those for Brooklyn (and maybe Cherry Blossom, except we know that pace will be photos!), but as I said last week training properly wasn’t in the cards for this race. I know I can finish 13.1 without getting injured. If I couldn’t, I’d defer.

22 thoughts on “running through all the seasons”