so I runfess, that I missed my running anniversary. Strava told me when it showed last year’s celebration run, and then I saw Facebook memories marking the trip back from Florida that launched this running journey. But that’s OK, because it has always been an anniversary “season” because I had the date wrong the second year and well, it’s not belated says me.

Part of me still can’t believe that gym whim turned into a six year journey, the rest of me can’t believe it’s only six years. Here’s to the next six or sixty…. or at least 57 (I’m 43… not sure about that living to 103 thing!) 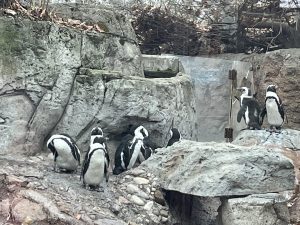 So how am I celebrating? Accidentally in the best way possible. After posting my 2023 goals, I was looking around to see what 5Ks were coming up and what did I find? My beloved Frozen Penguin, my first race! I don’t know if I missed the email or deleted it assuming I’d be out of town this weekend, but I found it earlier this week and it wasn’t too late.  I ran the 5K in 2017 and 2018, and the 10K in 2019 and 2020, all in Riverside Park. In 2021 it was cancelled due to snow and ice, eponysterical! and in 2022 the Half was reduced to a 5K and I opted to transfer the credit to the Central Park Half. So it has been a while.

As this posts, I should be on the course or at brunch with friends. No goals, just a celebration of this running journey.

Linking up with Kim and Deborah for a quick look back at the last couple of weeks in pictures. 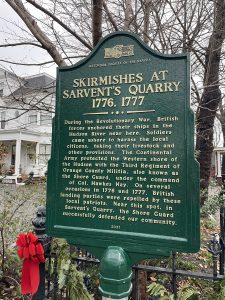 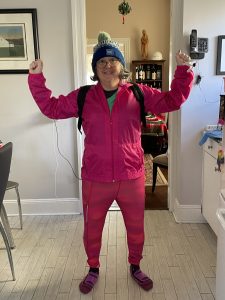 and in all the layers

I love running at mom’s, but the trails were not an option due to the rain so I ran a 5K streets loop a couple of times. Somehow there’s always a new historical marker that catches my attention. Christmas morning? Well there was a themed shirt under all the layers. It didn’t feel bad when I was out there, but was definitely the first time I had long underwear under leggings in a few years. I wasn’t intending to run Christmas morning if it was too cold, but we needed something from the market and running > parallel parking any day. If I’d paid a little closer attention to my mileage I could have hit 1K on Christmas day which would have been a fun “gift”, but instead I hit it with Fred, which is also the best. 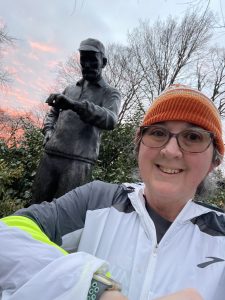 Fred is so judgy! 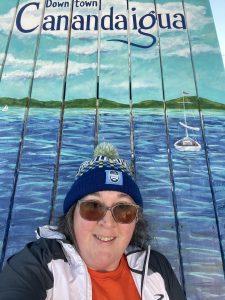 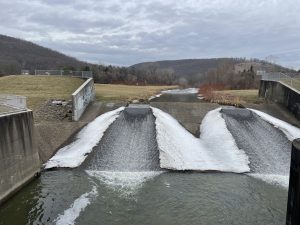 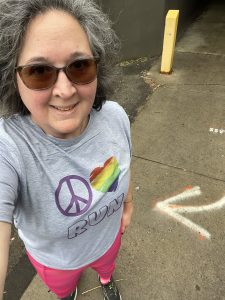 in a tee shirt, on New Years Eve! 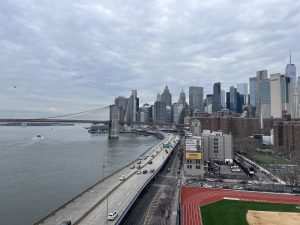 There were a good number of runs. Kept them short due to holiday schedule, but short > nothing, and they were good. Distance wise, the most meaningful was 3.66 on New Years Eve in Corning where I broke up the drive from Rochester. One hundredth for each day of the year, and one for good luck. Longest? The run to DUMBO on Monday to kick off the year and NYC Half training. It really is the fastest way from the Upper East Side to DUMBO. 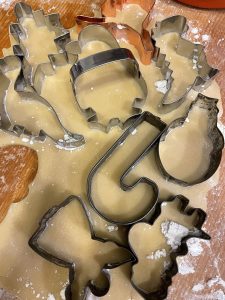 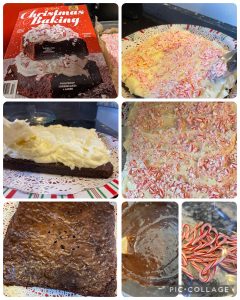 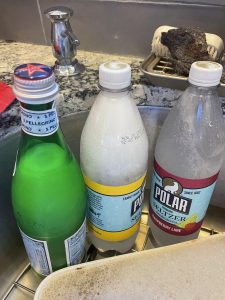 and guess who forgot the bubbles on the porch overnight?

On a non running note, so much good food. Focusing on the baked goods but there was also amazing Italian Wedding soup, Jiffy corn casserole and of course Albany Claus brought me some Peppermint Joe Joes. I love visiting friends and family, but oh I do not run well on crap. Grateful for the re-set of the last week. Note: crap is entirely subjective and the re-set is not necessarily healthy, but more protein and less salt. Well until today’s sushi. But I didn’t have toes on Sunday night, I had sausages and that was gross. 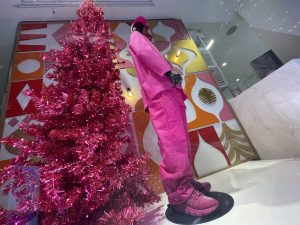 should I buy the suit? 🙂 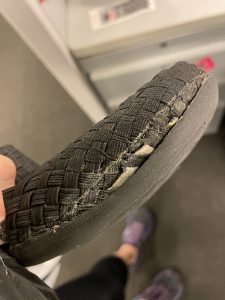 I did buy new shoes 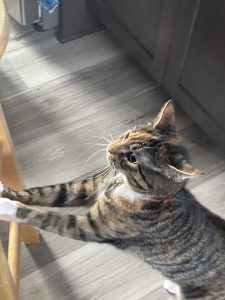 begging for her dinner 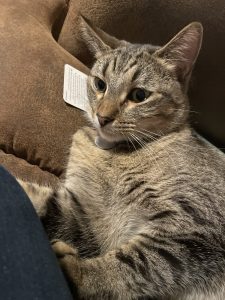 while her brother helped me play cards

Further on non running, well not directly. Remember Dewey? The peanut of the kitten? Well I did some of the same runs while in Rochester… and he’s not so little anymore. I was grateful to have my sneakers at the office Thursday when my shoes gave up. They owed me nothing as they were mom’s before I inherited them when she no longer wore them and I have worn them to death since they work so well with dresses when it’s not flip flop season. Luckily Zappos meant one of the two new pair I ordered is already here. I wear dresses way more than pants in the office, but shoes can be so hard in that window between flip flops and boots. Did anyone else think we missed jean jacket season entirely? And that suit, tree were on my run Thursday. Oh holiday decorations, never be normal.