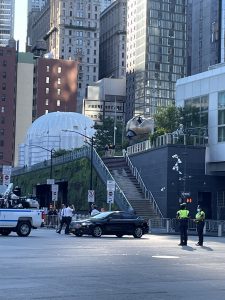 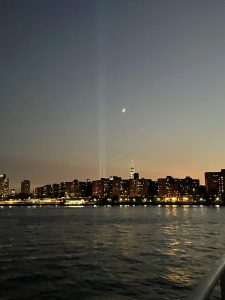 I cannot believe it’s been twenty years since 9/11, even though I’ve been thinking about it since my Japan anniversary. Amazing to think how many alive now for whom it’s history and not something they lived through. I’ve already blown up social media, so for this just have Tribute in Light from the Ferry and one of my favorite spots: Liberty Park just south of the memorial. At the back, that’s St. Nicholas Church, which opened today after many years of fundraising challenges, to say the least. And toward the front is The Sphere, which was damaged but not destroyed: visible symbol of the city resiliency.

Fall: I love you and want you to stay around forever. You make running and existing so much more civil. Any 90 degree temps are my fault as I took the AC out of the window to put my year-old chair (best purchase ever!) back in its spot to watch TV with football, Law & Order on the horizon. 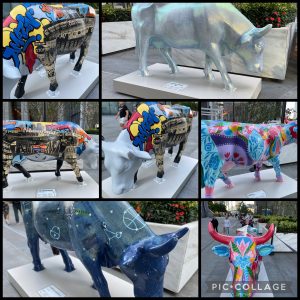 Still working on my Labor Day/Hudson Valley post. That’s more about the destination anyway, so in the mean time have a cow parade and a run down with Kim and Deborah:

Sunset from the Ferry 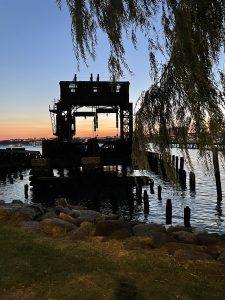