This is one of those weeks that turned into the reason why I was historically very good at gym reimbursement for the first half of the year but until I started running I never did a year of visits. It just gets too busy. This week ended up less than ideal, but I’m proud of myself for pushing through and getting in what I could. I finished strong, and that’s what kept me optimistic about progress. This is also the reason I missed many posts this week. I’ll try to catch up, but I am not optimistic.

Not at all running related, but a bunch of us here in the Wrap are height challenged, and I know you’ll appreciate this chapter of #ShortPeopleProblems featuring a winter coat. That’s right up there with running tights that continue on for a foot past the end of my ankle. On the plus side, I found another one that might work, and an insane Kohls fall sale. I definitely shape shifted this summer as my fall clothes definitely needed some replacement. Mainly pants. I’m feeling more comfortable in tossing the too big clothes as this running journey has showed me an ability to maintain even if I’m not actively losing.

I’d worry about purging clothes leaving me without enough but that notion was thoroughly disabused when I dropped off my laundry yesterday in an alternate bag as I hadn’t put away the load I had done two weeks ago. Oops. Looking forward to less laundry and hopefully lowering my laundry costs in fall. $128.55 Jan – May 31; 89.15 June 1-today. Eek!

Speaking of shopping, thanks all for your watch answers. It’s looking Garmin, and luckily Charity Miles has a 20% off promo running through month’s end, although I’m not sure I’m buying that soon.

[bctt tweet=”How do you push through a busy week and get workouts in? #RunTheYear” username=”travellingcari”]

Weekly Wrap linking up with Wendy and Holly: 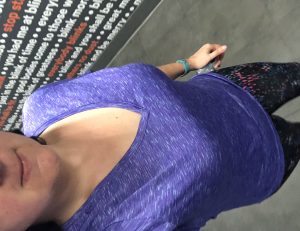 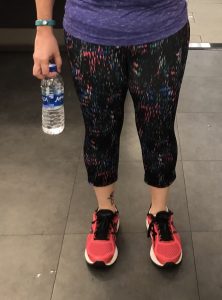 Shoes-and best leggings ever. Spur of the moment Walmart purchase when in Palm Springs as the ones I’d brought with me had fallen apart. Shoes are the running ones that didn’t work for me. 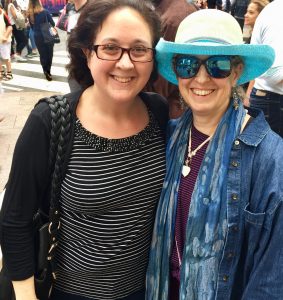 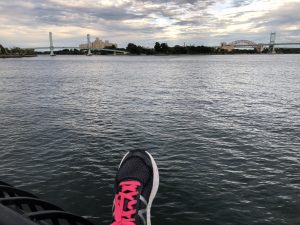 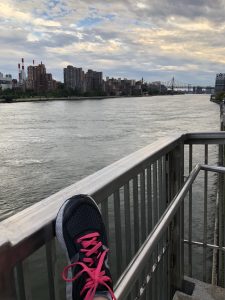 final stretch, in both meanings 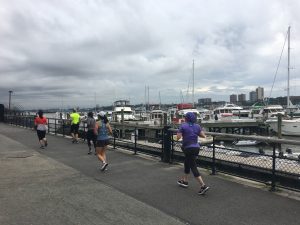 action shot at the Boat Basin 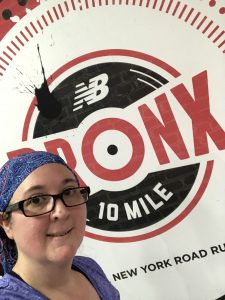 Run center ham. I am a total buff convert 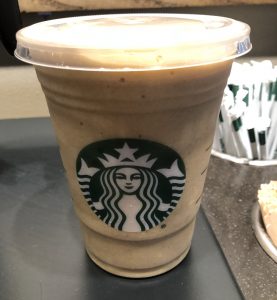 Was eager to try the new Starbucks’ smoothie as I’m not generally a fan of cold brew. It was OK — I think I prefer Just Salad’s one, but it’s nice to have another non-dairy on the go option especially one that encompasses coffee.

Hopefully work a little less busy as I’d like to get in a couple of solid runs ahead of the Bronx 10 Miler. Do I have a goal? It’s going to be weather contingent. Currently looks like good running weather, but who knows. 1:57:11 is my record at the distance on a cool day but with a very photogenic course. The Grand Concourse? Not so much. So 1:57:00?

Race LinkUp: Building off the Tuesdays on the Run post earlier this month because I’ve since added a few. My updated fall running plans are: