Felt a little under the weather for the beginning of the week. Nothing worrisome, just winter bug so kind of went by feel until I felt better, which I very much do now. I also realized that like with homework, running goes better on a deadline: 9a dentist appointment, get out the door; snow tomorrow? I’ll run tonight. Without that? ehh I’ll linger until it’s warmer, or maybe run tomorrow. I continue to not use the snow as a reason not to run, which I’m really proud of myself about, and was a little better about getting outside every day.

Words of wisdom from Peloton’s Matty Maggiacomo: inhale the good shit, exhale the bullshit. I am shocked I’ve made it through two weeks of enCORE28. Not because I can’t (although my abs currently hate me, even with some modifications), but because I’ve never been consistent in strength training even with Marcia’s amazing videos. It’s also been a gateway into finding other Peloton workouts. Regardless of whether I finish the challenge, I’m going to call that a goal met.

If you’d said five years ago I’d love running, I’d have said you were nuts. Fast forward to this crazy year and I’m so grateful for this outlet. Snow running is most definitely #Cozy. Can’t believe this event was two years ago today. Thank you for your time @isabelgillies pic.twitter.com/F52DYvnpQb

I’ve said this a few times over quarantime, but the anniversary of the Cozy author talk on the eve of the 11-month work from home day, it hit home. I cannot fathom getting through this year without running as an outlet and without all of you. xx 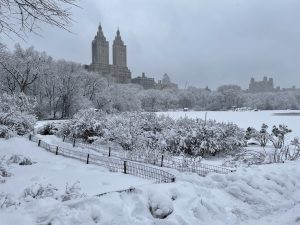 This was from last Sunday’s gorgeous walk through the Park as it was snowing. Sometimes walk pace is much more fun, and hard to get any more gorgeous. 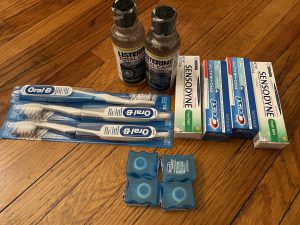 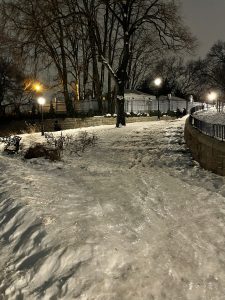 is ice sledding a sport? 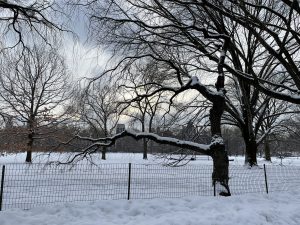 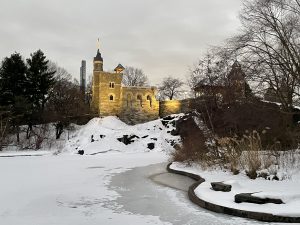 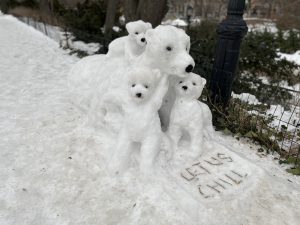 Fun sight on a cold, overcast day. Dear running, will you be my Valentine? pic.twitter.com/rItZPJWWSm

27 thoughts on “crawling into a long weekend”