Not a full running week, but the foot felt good and I really think my body is not meant to do regular back to back days.  Lungs, sure. Legs, no, not yet. I’m OK with that. I really do need to find another long run before August’s Manhattan 7 Miler although I think speed work is the right thing for me right now not to over tax my foot. In the mean time, I set a rough goal for the Retro 4 Miler and was pleased to almost exactly nail it. Plus, it felt good to have a race again.

Weekly wrap with Wendy and Holly: 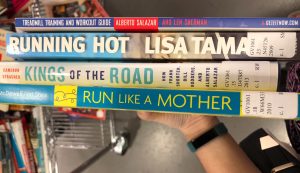 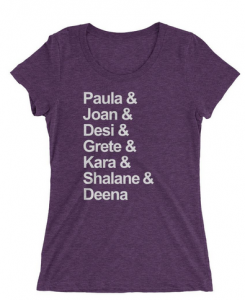 I bought myself a present 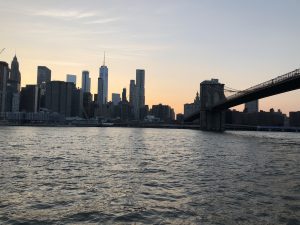 what a beautiful summer evening 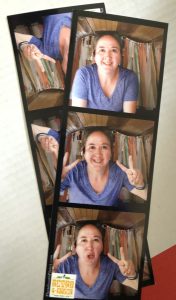 Saturday: race day! I truly mean the exclamation point for the first time in a while. Part of the issue I was struggling with in June was straight up tiredness. I was dreading the early wake ups (love how Cuckoolemon put it re: purchasing wake up calls!) and that was part of what made me not excited about weekend after weekend of race. Being sick didn’t help. But with two weekends off racing, I was ready for and excited by the Retro, in part because I did and loved it last year. Really interesting to go back and read some of that. Especially the post-race gimpy walk home which turned out to be the start of my PF battle. Oh how I hope this year’s marked the end.

The first race in Central Park since it closed to cars featured an awesome pace car which I got a great view of as I ran to the start. While I do not like the staggered start at the foot of Cat Hill, I love the easy run to the start as a warm up. I was running late so I only had about 10M before the start, which was fine. I’m also kind of over the “turn and high five your neighbor” forced nonsense, especially pre coffee. Not as many super crazy costumes as last year, although I saw more toward the end. I really wanted to wear my School House Rock t-shirt like I did the tootsie roll pop last year (whoa, the weight I’ve lost in my face!) but it was just too gross to contemplate cotton.

Cat Hill was a surprising non event. I don’t even remember any feelings running up it, and I was glad to hit the first sprinkler and water stop at the top. Although it was only mid 70s, the humidity was about the same. Oddly it felt like 102nd St. Transverse took forever to come and as a result of mile two not having any hills or water stops, it was my best.  Come the water break on the transverse, I not only walked I stopped to get two cups. The first of the West Side up hills was bad, but then I settled into a weather-appropriate pace and just went. Overall it was a fairly steady race. Strava doesn’t show it because of its rounding, but it was .1 over for me (and many per IG photos) due to the angles in the park, but it seemed like a large number of people were complaining about this. It’s a 4M, not a Boston Qualifier, I think a little chillax is in order.

At the post-race festivities I enjoyed some flavor ice and general silliness. And then this happened 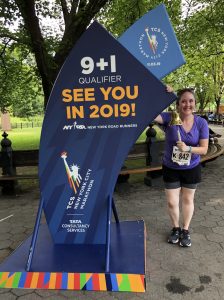 I have absolutely no idea if I want to train for a marathon, but I have until January to decide if I want to claim my guaranteed entry. I’m leaning yes: it’s New York, it will be the eve of my 40th birthday, but I’m just not sure if I have marathon training in me. I’m glad to have 9+1 settled so relatively early in the year so I have time to think on it. It’s crazy to realize that I’ve run nine NYRR races; one NYCRuns, one charity, and two out of town races. 13 races in slightly more than half a year, wow. And yes, running in shorts. I actually haven’t worn capris since Achilles. I know, what took me so long. 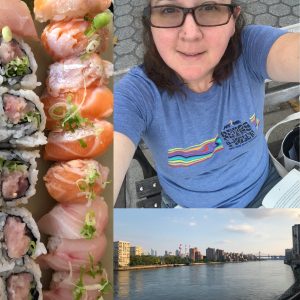 Rest of day was good, if lazy. Took myself out for sushi and then sat by the East RIver to finish one book and start another. And my cotton tee shirt tradition of wearing it post-race. None of these is #20BooksOfSummer or the NYRR finds, but my annual permission between Memorial and Labor Day to read fluff. This seems to be the year, or at least the week, of catching up on James Patterson. And new Gabriel Allon comes out Tuesday, can’t wait!

All in all, a good week and one that I’m happy with. Taking today off although I may go to the gym to stretch when done with a work event. Plan for the week: run Monday, Thursday, Friday or possibly Monday, Wednesday, Thursday depending on Wednesday work event. No races next weekend.