Yeah. This has been marinating for a bit. Between the injury that spanned 2019-2020 (some things never change) and the uncertainty around it, I wanted to wait until a place when I was more settled. Yep, running/training is a head game.

Joining up with Kim and Zenaida to talk 2019/2020 in running. And in my delay, I’m accidentally on topic.

so I don’t have 2020 running goals-yet- but I am thinking about what I want from the year. I also haven’t done a proper 2019 in running because it could be summed up as HOLY SHIT, I RAN A MARATHON!!! Given that I successfully completed the NYC Marathon, I was happy with 2019 but wanted to take this chance to look back on my 2019 goals.

But first I had to actually go back and put my 2019 steps since injury in my log. Yep, major ostriching there because not hitting goals, even with a legit reason, really bothers me.

I kind of ran a lot last year!

I’ll be honest, once June and marathon training started, I didn’t care about anything but 3/4. Three of my four Halfs were while I was walking wounded and fourth was in the leadup to the marathon, so wasn’t risking anything. I didn’t PR in the Mini, but the 2019 race was so much better than 2018’s struggle bus. And the injury well, better now than during marathon training. More on the PRs below in 2020.

Had both of these well in land before the IT band issue rendered me somewhat less mobile. I opted not to do Saunter as it seemed risky coming off the Achilles, so calling that choice a smart one. It’s not something I missed out on as it was always TBD.

December steps were were my lowest since I started running, but hard to be disappointed in the year. Although yeah. That .03 miles. LOL.

While I’m not officially doing #RunTheYear this year, I’m continuing on with GoTheDist. Re-thinking the challenge and my goals has been  a fun hard as it has always been a version of Beat Yesterday with yesterday being the prior month, or that month the prior year, but that’s not going to work so well without another year of marathon training. More on that below in 2020 goals.

I’m down year on year and lost weight during marathon training. Calling that a victory.

Marathon training killed my reading. Got 70 read. Got four new states though, and that trip was amazing. Wardrobe is a work in progress, but I’m getting there. 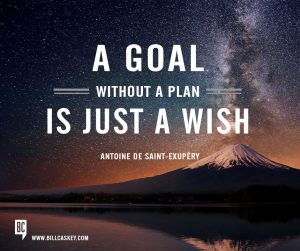 I need to get away from the numbers, since missing number goals just frustrates me. Usually unnecessarily, but why ramp up the anxiety? Similar to ceasing to live and die by the scale, I want to look at my 2020 goals differently this year.