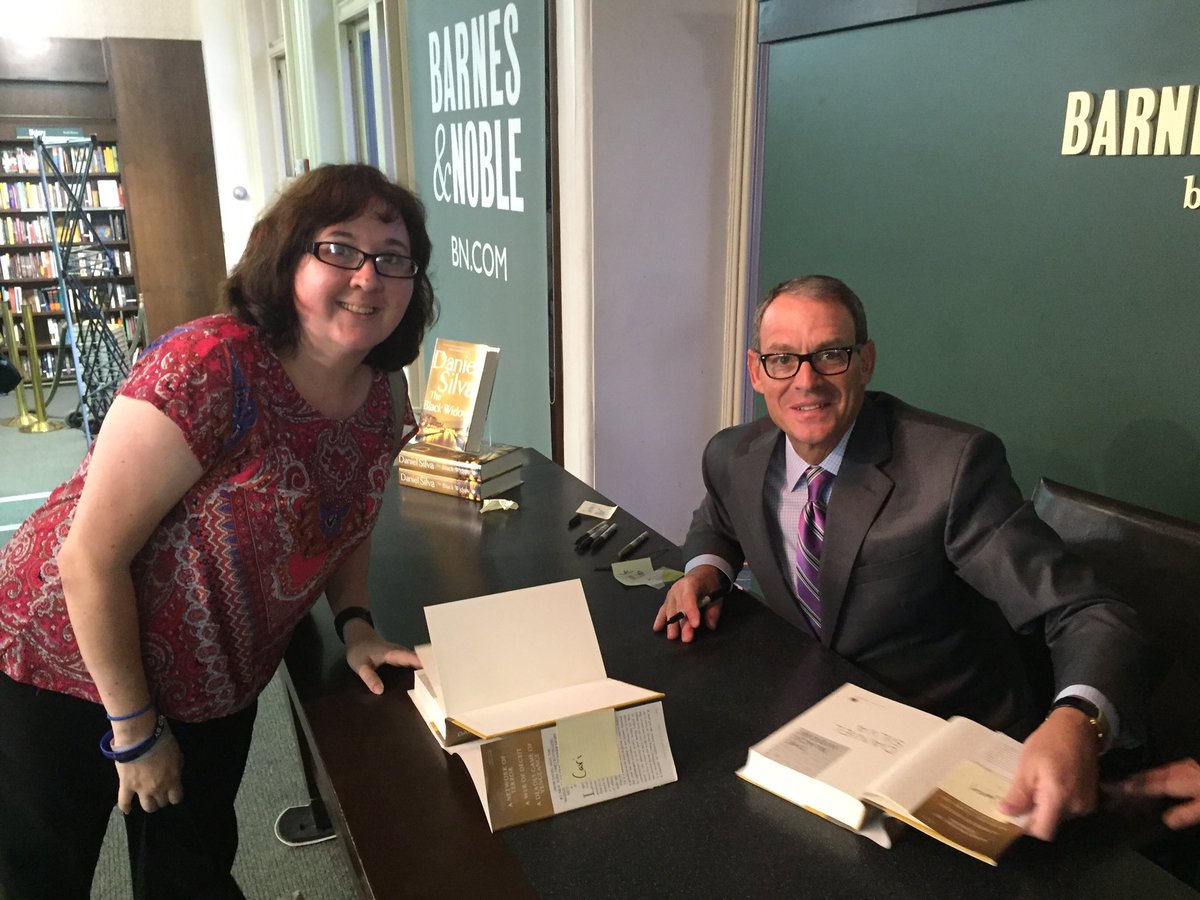 Sweet 16. The Black Widow, published on July 12, is the sixteenth Gabriel Allon book. It really seems like just yesterday I fell in love with the Prince of Fire/Arcangel while in Kagoshima over the New Years holidays.

and now he’s finally the chief. Spoilers below.

This was an odd book. Odd especially in that it took me almost a week to read, although that was mostly a factor of my lack of reading time. Odd also in the amount of time it took. Chiara was seemingly pregnant forever and his twins were newborns at the book’s beginning/the end of The English Spy. By the end of this book so much time had passed that they were celebrating their first birthday.

There are always references back to his earlier books but none moreso than Moscow Rules and The Defector, whose events Mikhail referred to when working with Natalie. Those still remain the only time I was close to walking away from this series. If he’d killed Chiara, I would have. I adore her. And I miss her. I love that she made Gabriel a father again and I love that she’s out of danger, but I miss Spy Chiara, I miss her being with the rest of Barak as they undertake an operation.

The end of this book, especially the twins’ party, almost read like a series wrap and I truly hope Daniel Silva is not done with Allon. I’m not ready to be done with Allon. He didn’t take questions on the next book at his signing for this one, but he did give us this bit of hope. Speaking of hope, it was really nice to not sweat Gabriel’s survival this book as Silva had said at the signing that Allon didn’t die at book’s end. I don’t think Silva will ever kill Allon, but it was nice to have that relief.

Instead, I was sweating Shamron. Again. I do think he is immortal in some respects but with the circle closed and Gabriel chief, I worry.

As for the story in The Black Widow itself, I liked but didn’t love it. I think that was mostly because it was too close to news to be entertainment. While there’s always been the undercurrent of sadness in the wrongs Allon is righting, none were at the doorstep of American soil. Paris happened while Silva was writing about Paris and then there was Belgium, Nice, Germany… Even if the 21st century version of Saladin is fictional, these men who come with the names of their birthplaces are all too real a threat — and the real America doesn’t have Gabriel Allon.

I liked that we saw a lot of Gabriel’s team, and I loved that we got Adrian and to meet Paul. I found myself missing Julian so was glad he made a cameo. I look forward to the evolution of this series with Gabriel as chief.

Maybe more to come as I’ve digested this.

One thought on “Preliminary Review: The Black Widow”