As has been the case with recent Monday runs, this week’s was powered by an episode of The Morning Shakeout. This week’s? Kara Goucher. I chose this episode from my backlog when I read Jessie’s post earlier this month about Goucher’s new book. The book has piqued my curiosity, but it’s not yet available for Kindle and I really need to cull some dead tree books before buying any new ones. I really loved what she said about not giving up on dreams, but not letting dreams define your happiness. I’m still not a huge podcast person, but I’m a big fan of Morning Shakeout.

I needed to hear that because Thursday’s Funky Fun Run really frustrated me. I know I’m past the point of beginner gains and regular PRs, but doing worse bothered me even though I know rationally it’s because I eased off when the Achilles started talking to me. I really do enjoy running and I don’t want to let the numbers take away from that joy.

I was also excited by the news that Mile High Running Club’s Upper East Side location is open. I don’t dare try it right now while I’m still building back up, even though I know it was what helped me get through the Central Park hills in Lebow. I can’t wait until I’m fully healthy to try out a class in the new location. So much closer to home.

In the mean time, Weekly Wrap with Wendy and Holly. Merry Christmas to those of you celebrating, hope everyone else at least enjoys a day off. 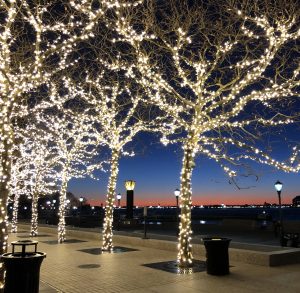 Still working on 2019 goals, hope to get them posted before New Year.