I think it was two years ago I joked we’d all be making the same weather post. But once again, we’re all cooking. Stay safe everyone.

I’m not doing a minute by minute of the last two weeks since they boiled down to: it’s hot, but I still ran, including with Darlene when she was here.  So linking up with Kim and Deborah for the highlights. 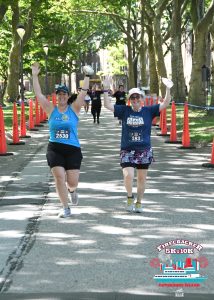 On July 4th, Mo and I ran the Firecracker 10K. Not worth a recap even if it wasn’t two weeks later as it’s substantively the same as last year. Super fun day, except the full sun at mile four. So we walked and said hi to the Statue of Liberty. Running with friends is so much fun and the miles go quickly when you’re catching up. Afterwards we had a nice walk around lower Manhattan in search of brunch and public art. I wish boomerangs would post here, because with brunch and toasts back, I’ve fallen in love with that silliness. After a recharge, it was time for fireworks.  So love being able to see them from the end of my street. Not a big crowds person, so this is the perfect balance. 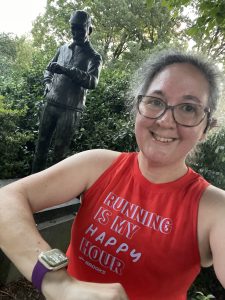 I’ve done some actual pace-specific workouts, which is fun and a wonderful distraction from the heat and melting as it gives me something to focus on. This shirt is still true no matter how much I hate summer running. 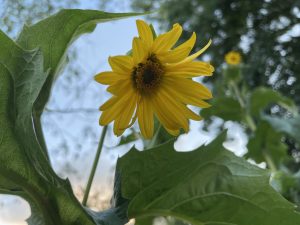 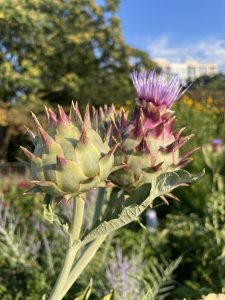 also a good distraction, the ever-changing flowers on the river. Sunflowers always make me smile, and artichoke thistles just do not look like they belong in the northeast. Or at times even on this planet. Carl Schurz is all volunteers while the broader esplanade is handled in part by NYC Parks. Really nice to have something to look at on the non-river side because a highway will never be pretty. This is also why I always run the trail at mom’s. Why run the bridge and next to a highway when I can do that at home? I runfess though that I do the highway more in summer than the park, breeze vs. shade. Sometimes there’s just no moving air in Central Park. 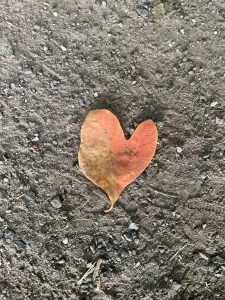 spotted on the trail 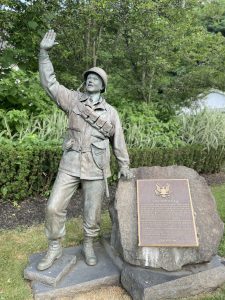 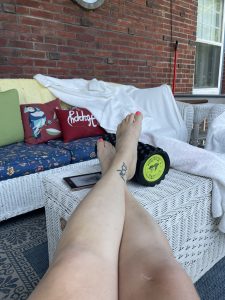 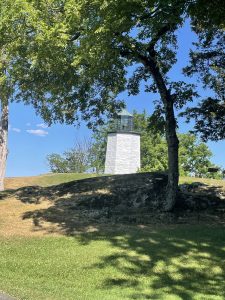 lighthouse on the Hudson 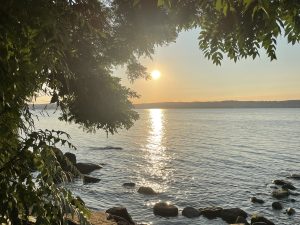 and on the shores of my beloved Hudson 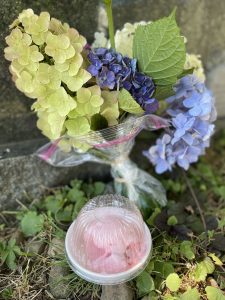 why yes, that is ice cream

When Dad’s anniversary falls on a day where there’s nothing to do as a distraction, it’s sometimes harder. This year? It actually didn’t hit me as hard as I thought it might, and the heart leaf just made me smile. It was really good to be home even though we didn’t do a hell of a lot. I was glad to find the Last Stop, USA memorial on the way back from a run. I never truly appreciated the large role of Camp Shanks as a kid until my aunt was in a documentary about it when we were older. I knew troops left from it, but didn’t realize the scale. I never knew exactly where the monument was, and then I stumbled on it. Mom and I were going back and forth on where to spend Sunday and finally settled on two of the Dadest things ever-battlefield and lighthouses. (The Yankees were playing in Boston, so a game was out). Stony Point was a small battle in the scale of the Revolution, but it’s a nice, preserved piece of living history. The lighthouse followed in 1826 and is the oldest one on the Hudson. And yes, we bought him ice cream. Black Cherry, specifically. We learned a few years ago that deer don’t eat styrofoam so that has become our thing. I can’t believe it’s been sixteen years. 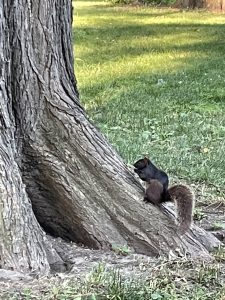 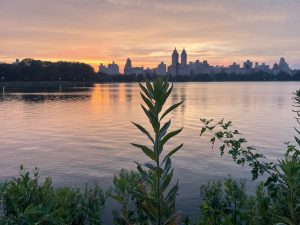 summer sunsets forever, especially when the forecast said they’d be rained out 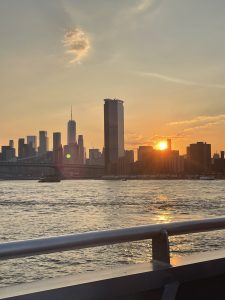 especially from the ferry 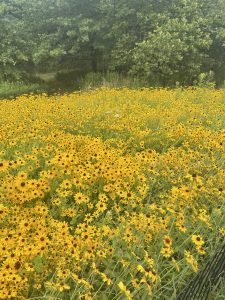 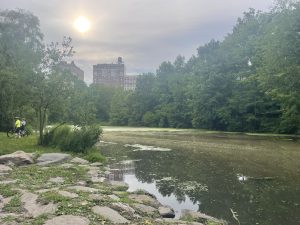 Back in the city this week and lots of gross, humid running. The native meadow at the eastern-end of 102nd Street transverse was such a pleasant surprise yesterday as it hadn’t bloomed when we ran that route for Pride and Achilles.  The yellow just popped on an overcast day where you could touch and see the humidity. While the mileage hasn’t been where it should be, running has happened on schedule. When I found a new gym it was because I didn’t want to lose my then-new running habit. When COVID shut down the gyms, I was really concerned about summer running as I always had indoors to retreat to, especially that one ten miler during marathon training. But I ran through the last two summers and will make it through this one. All the kudos to you who love it. My body chemistry just does not. I joked yesterday that a note to my 2023 self was hey, remember, you hate summer training but the reality is, it keeps me running.  The same way spring races push me out the door in frigid wind chills, but give me winter over summer any day. I can sleep better.