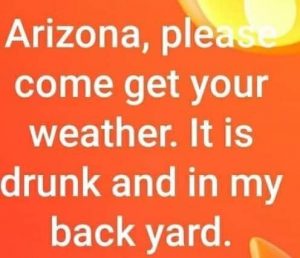 do we have any Arizona bloggers? I don’t think so, I’ll just blame those of you who like running in this shit 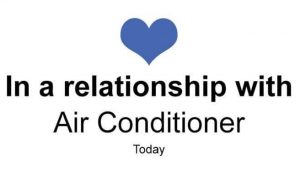 That’s all I have to say about the weather, especially as I’m quite lucky compared to those in the Pacific North West. It was miserable here, but not unsafe. To those of you who can run happily in this, more power to you.

While I quit chasing steps, I still log them. Here’s where I am halfway through the year.

A little bit up on last year which is good/a pleasant surprise. It’s no doubt driven by the drastic increase in running-my Q2 miles (276.06) were better than my YTD run miles last year (274.96). Pain free running is magic.

Running wise, June was 87.03 miles. The drop from May’s 100 was to be expected, the heat and integration of lots of normal events. 100 miles isn’t a regular goal for me, just one that was fun to hit after coming so close. I’m thrilled with where I am mid year, well on the way to my 900 miles on the year goal even if the return to the office later this year changes my routine up. Hope to get in a few more longer runs this month though. 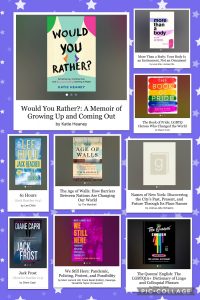 Speaking of halfway points, I’ve read 46 books on the year. Goodreads says that’s 7 books ahead of schedule for my goal of 80. It would be more, except it’s been too hot to read this week, or more accurately too hot to lay down and read, which is my favorite position when reading indoors. June reads above, 6 of which are from #20BooksOfSummer. Lots of Pride Month reading, not as much as I wanted to for Juneteenth, but it’s a progression.

Did anyone else get this in an email? I can’t wait. Was just talking to my brother and sister in law when they posted about my nephew’s summer reading game about how much I missed our hometown library’s and then this shows up. I guess that brings me to my Bookfession/Shopfession 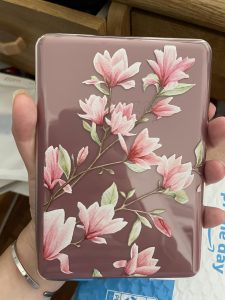 Yep, I succumbed to Prime Day. Did I need a new Kindle? Not really. Most of the issues with mine could be solved with a reboot, but with the sale, cash back and trade in credit, and did I mention it’s purple-ish? Yeah, I bought myself a toy. Actually haven’t yet read on it since a hard back came in at the library, but will soon.

Oh yeah, on to what this blog is actually about… LOL. Weekly Run Down with Kim and Deborah: 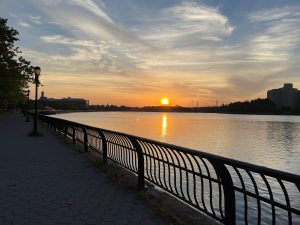 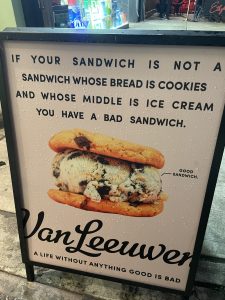 ice cream is dinner in a heat wave, right? 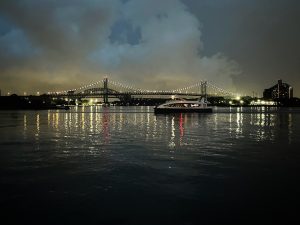 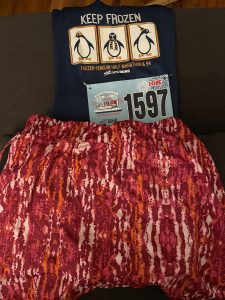 15 thoughts on “Jumping into July”