This was a wonderfully crazy week. Also a reminder that I need to stick with morning exercise as social life goes back to “normal”. But before I get to the run down, a little bit of a race recap that isn’t worth a standalone post

Friday afternoon I had my appointment for bib pickup. That’s a COVID procedure that  I hope ends really soon as it’s just not that easy to get to the Run Center when I’m not working in midtown). 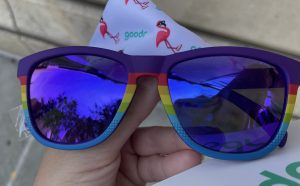 Let Me Be Perfectly Queer

Besides the shirt, the giveaway was a pair of Goodrs, which are now on their way to a friend who loves sunglasses. It’s not that I don’t like them – they’re adorable – but I wear glasses so they were going to be of much better use for her and what’s better than sharing goodies among friends? 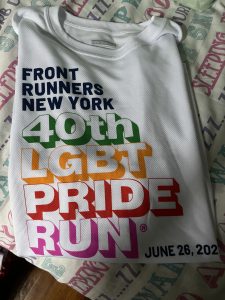 Sizing was much better since they also had a men’s cut, but I had a better option all along so I wasn’t really bothered by this shirt one way or another. I’ll wear it to run in, but it’s not one I’m attached to. I do love though that they’ve gone the t-shirt route, although I imagine we’ll go back to normal next summer. 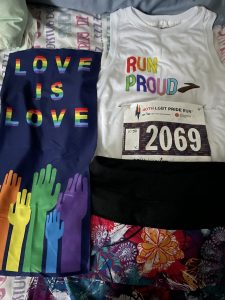 Mini matching aside, I generally don’t plan my race outfits more than a day or two ahead of time once the weather forecast begins to look more real. I planned this one several weeks ago when Deborah gifted me this awesome Brooks Pride shirt. I wore it on Global Running Day to kick off Pride month and test out the shirt’s fit, but was otherwise saving it for Saturday’s race. It’s so soft and comfortable! The gaiter is from Amazon and to be honest, it wasn’t the best as the elastic wasn’t great, but it was fun to be on brand. Also I ended up switching it for a hat when the weather turned full sun, so it was fine as a pull up face cover when I ran into 7-11 for coffee and I’ll keep it for winter neck warming needs. 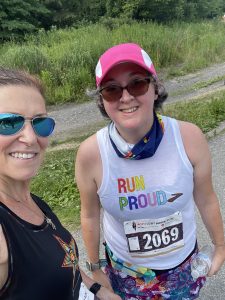 Well… sort of. Elizabeth was already done as she was in the 9:30 start and I wasn’t slated until 10:30, but they ended up doing away with the waves. We don’t look too melted here since she’d cooled down and I’d only run two miles to the start, but it was so much fun to see friends at races again even though she’s someone I see regularly. 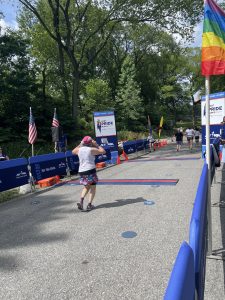 They did away with the corrals, and it was an open start. Bonus, Elizabeth got this shot of me crossing the start. 78 and 80% humidity tells you everything you need to know about how the race went. Luckily Pride is never about the race, but rather the community-and even in these quasi-COVID times, the community was amazing. Front Runners had a huge cheer squad, the sprinklers were on, there were some amazing outfits and it was a 6K party. 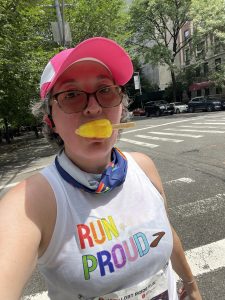 and there was a popsicle! You’re never too hold to no hands a popsicle. It was a guaranteed PR as I’ve never raced a 6K and I made the decision early to walk/run and finish smiling. As you can tell I had no fun whatsoever and was all business. Actually with the way the popsicle perked me up, I probably should have brought a chew even for the short distance. Oh well. Popsicle was way more fun. Results only so I can find them in the future. They’re actually better than I imagined they would be since the wheels never came off, it was just a consistent run/walk.

Verdict: I do Pride almost every year, it’s too important not to. As long as I’m in town, I probably always will even though at the end of June it’s borderline too hot even at a normal race start time. Have I converted to a tank top racer? Probably not, but I loved the fit on this, especially that it wasn’t a racer back so I worried less about chafing and sunburn. It was super comfortable and I look forward to running in it all summer since it’s so light.

and now back to our regularly scheduled programming… 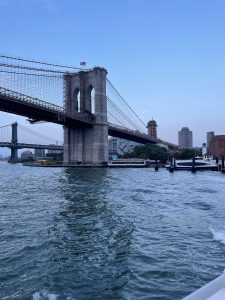 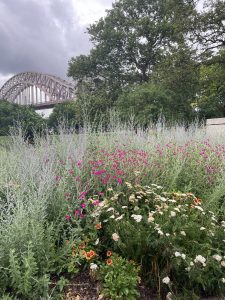 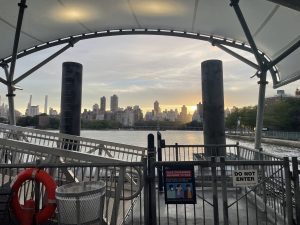 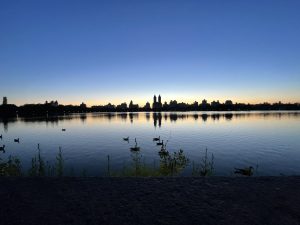 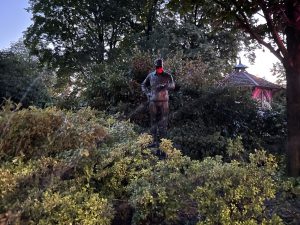 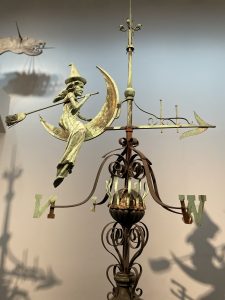 Looking forward to this week:

I’m running Governors Island for the first time ever with some friends via a fun group text of enabling one another. I thought about doing the Firecracker a few years ago, but it sold out and then for various reasons, it didn’t work out on other years. Even if it’s hot, it’s beautiful harbor views. Predicted pace: selfies with the Statue of Liberty.

How are you celebrating the 4th?

30 thoughts on “sunscreen and bug spray”