Because that is really all I did this week. I keep saying I need to get  back to my morning walks, and maybe one day I really will. On the book front: Daniel Silva The Cellist (review TK this week), Stephen King/Richard Chizmar’s Gwendy’s Button Box, Gwendy’s Magic Feather and Kevin Chapman’s Fatal Infraction. Mysteries are like unplanned walking early in a run, you just know it’s going to turn into a walk. Nothing wrong with either and summer is designed for light books. 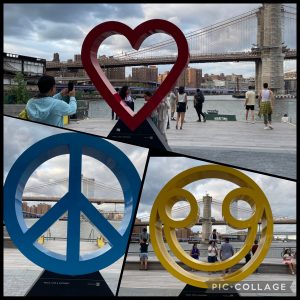 Sunday’s sunset (top) was a sign of things to come, sky wise, for the week, but it capped an excellent day where I not only got Dairy Queen (yay!) but two dresses (blue and black dots). I know, who am I?! I also loved this installation at Pier 17, memories of writing that in yearbooks in simpler times. 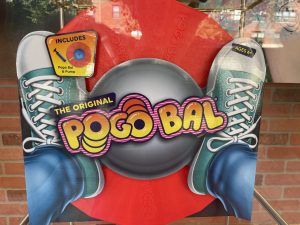 Saw this in a store window display and couldn’t help but giggle. Outing myself as the 80s child I am as we had a pogo ball, pogo stick and of course a skip bo! Anyone else? 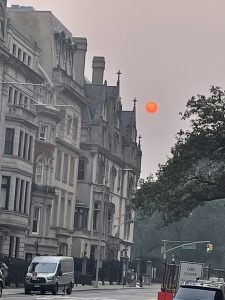 Paging Smokey the Bear: I do not remember skies this bad this far east in a very long time. This was as bad as Denver in 2017 and much further from the fires! Floods and heat waves in Europe, North America on fire, but Bezos and Branson can go to space. The world is just fine. 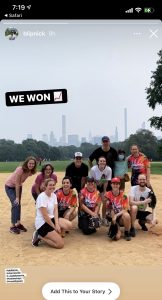 cheerleader in the team photo