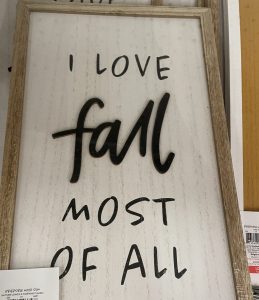 maybe even more than the Target junk aisle?

I love you. You’re my favorite season.
Actually I love spring too, but fewer allergies give the nod to fall. 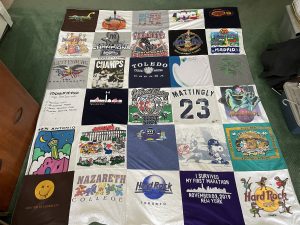 And what comes after fall? Quilt season! Well, my apartment is so toasty it’s never truly quilt season, but I can’t wait to wrap up in this near the window while I read. So many running, sports and travel memories in this gorgeous Project Repat quilt, including the Joyful Heart shirt (third row down, second from right) that I ran the NYC marathon in.And why yes, I did have a Hard Rock Cafe obsession for a while 😀

Fun fact, the San Antonio shirt on the left was from 1989 and still fit since we bought it as a sleep shirt. And now it lives on forever. I started assembling these shirts about fifteen years ago when a family member was starting to make these, and it was great to see it come together. If anyone hasn’t done a Project Repat quilt, the quality is amazing and price is reasonable. I bought this on a Black Friday sale so I think it was about $70 all in. 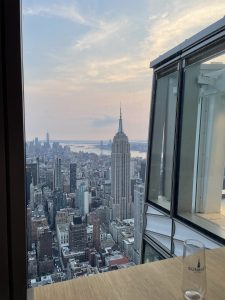 view south from SUMMIT One Vanderbilt

Do you know what else I love? Small doses of normal. I’m not ready for full time in person events, but I had missed a lot of what made work so much fun. So I was excited to be invited to preview SUMMIT ahead of their October 21 opening. It’s going to be an amazing addition to the city’s landscape and skyline, and was pleased to see it was so fear of heights-friendly. More photos here. We also had a hybrid Board meeting, and while I love all of what we do, the view stole the show. A further slice of normal was a museum happy hour and exhibit preview. The Whitney’s Jasper Johns show, also on view in Philly, was supposed to open last fall and it is well worth the wait. 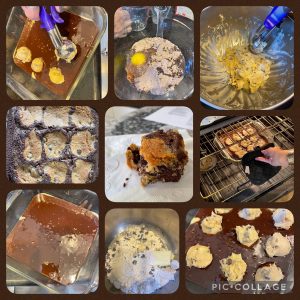 this? Is not apple pie

Part of why I went to mom’s was to go apple picking. The weather was not conducive, so we ended up making Cookie Brownies. Need I say the word delicious? I had to laugh though-usually the challenge is getting cookies not to spread. This time we wanted them to spread, and they didn’t. 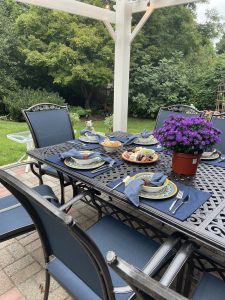 One of mom’s pandemic projects was expanding the patio so the seven of us could sit around the table. Not just in these uncertain times, but it’s a great space that we should use as much as we do the front porch. This doesn’t fully capture the pergola/patio, but if you look closely you can see the velociraptors waiting to pounce. We’d just plated our entree for dinner with neighbors when the skies opened and we had to mad dash indoors, but the thought was there.

I’m not even going to try a two week run down since most weekday runs were I Ran. So have some random highlights as I link up with Deborah and Kim 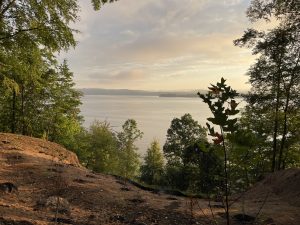 in a picture perfect place

Deborah, Kim, Michelle and I decided to run the Back on my Feet Running Festival. I’ve stopped doing virtual races, but I am always up to running for a cause. Homelessness has been a major issue that has become even more visible during the pandemic as traditional shelters were not safe when it came to COVID. One of many inequalities that the pandemic brought to the surface. I did love how neighbors made sure the woman who has lived in front of a nearby store for the last five years or so always had a supply of clean masks. It’s amazing how much of a difference little things can make.

I touched on this in my Hudson Valley post, but I did my 15K-ish along the Hudson River Greenway Trail between Hook Mountain/Nyack Beach State Park and Haverstraw and it was absolutely magic. The route wasn’t exactly what I planned-is it ever?-but I really, really have appreciated my time out of the city lately. New sites, but also truly fresh and refreshing air. Humans were not meant to live in concrete.

Am I half marathon training? Not really. I seem to have stalled out at 15K-10miles each Saturday and I’m OK with that. I could absolutely run three more if I had to, and I just don’t want to when I hit the 10ish mile mark. I actually contemplated 13 since I was doing the 2021 Hook route due a parking issue but couldn’t make myself go the extra mile. I know I’ll be fine on race day. 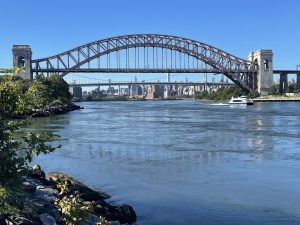 Oddly, this weekend I went over ten courtesy of my fat fingers and my not knowing how to math without coffee, which further reinforced that I’ll be fine on race day. Roosevelt Island and Astoria Park were a nice distraction and beautiful course even if I had a whole lot of do not wanna leading me to an early warm up so I wouldn’t miss the fourth ferry of the morning. I thought that distance, plus accidentally stopping it when I went to pause to buy more water, plus cool down to the ferry home was going to come in around 9, which I was fine with. Nope, 10.11. The run didn’t feel great as I was slightly dehydrated and it’s that time of the month, but nothing to worry about. 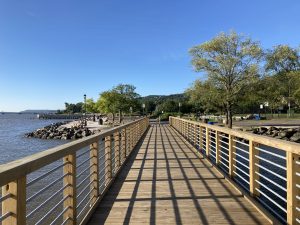 Can I totally digress into land use and tourism? Memorial Park is about a quarter of a mile from where I grew up and it went through fits and spurts of being usable. I have childhood memories of watching fireworks there, and then years of it being off limits due to needles and crack pipes. In the last decade or so it has been rejuvenated with a skate park, water park, giant slide and in the last year, a walkway from the municipal lot. There was an uproar about that when they removed all but accessible parking, but I think it makes sense. Parks are for people, not cars. And cars drove so unsafely that it was only a matter of time before someone was seriously hurt or killed. Given the proximity of the lot to the playground, it was likely to be a kid. This isn’t the perfect solution – park parking was free and muni is metered, but I think it’s part way there. Rockland County is really trying to improve their greenways, and this is a huge first step. It also made for part of a wonderful walk Sunday morning to stretch out the legs after Saturday’s run. 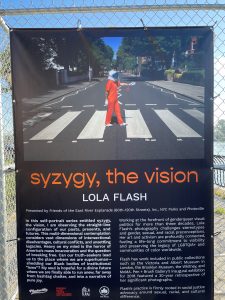 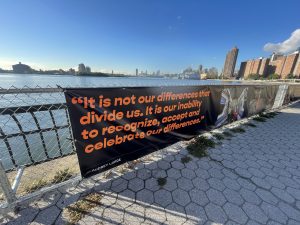 Speaking of humands and water access…This piece of Lola Flash’s Photoville exhibition was installed after I last ran the river on Wednesday and Monday morning and it was a pleasant site on the four mile loop that has gotten very same-y. I love the route and am grateful for quick access to the river, but I needed something new. It also served as a good reminder to explore the other installations around the city. Hmm, do I smell a run tour like the one I did for our public art campaign last summer? 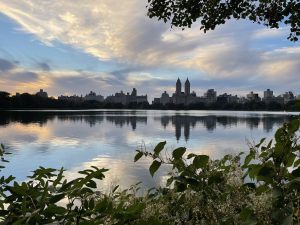 I really have been trying to walk more since it keeps the hip loose and the weather has been amazing. Mother Nature rewards me morning and night and reminds me I should walk even when I don’t want to. 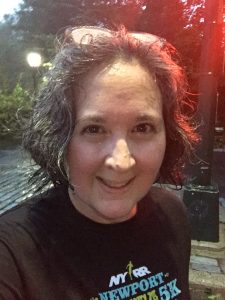 This look says why do we do this? But this was actually my favorite run of the week. Office run group was schedule casualty so route was my own. I was going to do somewhere between 5-8 to catch up on some shorter runs earlier in the week and came in just over six when the lightning started. I’ll run through all the rain, but have no need to be electrocuted to prove I am A RUNNER or to hit an arbitrary number for the month.

The do not wanna and one favorite run makes it sound like running isn’t good right now — it is. It’s just a rut. Aside from one run, I’m in bliss when I’m out there.  Just tired of the same routes and all the concrete. One of the most unsung upsides of marathon training was someone telling me where to run. I’ll be fine, it’s just one of those moments we all go through.

In the mean time, lots of foam rolling and self care in the form of new books, a pedicure and some time with friends.