sort of? Not really?

It’s been no secret that I have no idea whether I’m actually training for the Central Park half.  Background: I was supposed to run the Frozen Penguin in early January, but it was cancelled due to Park construction and rather than run a 5K in January, I took a deferral to one of two they offered: the Central Park Half on 2/27. NYCRuns does a few Central Park halfs, but I’ve never run it because while I love Lebow as my first Half, two+ loops around Central Park is no one’s idea of fun (and *look* at the ups and downs!). Why was I doing the Penguin? Well, it’s my first race, skipping it just felt wrong, so when they dropped the 10K, added the Half and moved it from Riverside I said why not?

When NYCRuns announced the Penguin cancellation in November, I dropped my mileage way back to heal after the wear and tear of my highest mileage year by far. It was absolutely the right decision. I knew it meant this Half’s training would be compromised, which is most of the reason I decided I was focusing on Brooklyn. While it isn’t flat, it’s much more conducive to a good race and a whole bunch of friends are running it and it was much easier to get excited about.  I wasn’t sure if I was going to taper ahead of CP, but I decided midway through Saturday’s run that I was mentally ready to taper. I feel physically good with just the expected ramp up niggles. Last Saturday’s toast was a one day thing/reminder to keep nutrition in mind, and I have two 9s and a 10 in my pocket and I don’t think another attempt at ten next week is worth it. I earned the taper. It will hopefully also mean I can jump right back in as I have Cherry Blossom five weeks later.

Getting ahead of myself, so here’s the weekly Run Down with Kim and Deborah: 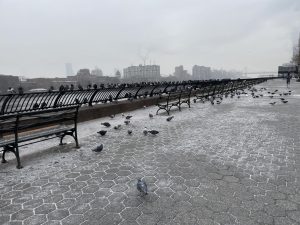 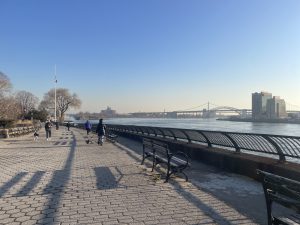 what a change from Monday 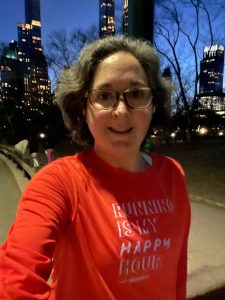 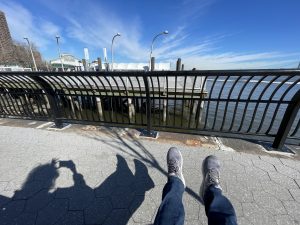 my shadow and I waiting for the ferry 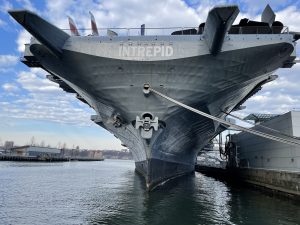 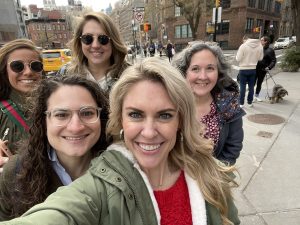 22 thoughts on “on the train to taper town”