Yes, I can hear you laughing. That’s OK. I know you’re laughing with me in my excitement. I haven’t had a kitchen table I can sit at in a long time. This is semi self inflicted — when I bought a microwave a few years ago, which I had resisted for years for lack of space – I put it on top of this drop leaf table which I had occasionally eaten at before. I really hadn’t used that much since my old apartment though. I would generally eat at my coffee table, which I didn’t mind. Well the coffee table is no more (I really need to take some updated apartment pics!) and eating at my desk or on the floor got old. When I saw a neighbor post a sign that she was moving and selling-among other things-a kitchen table and storage ottoman I immediately jumped on it. I’ve had the storage ottoman for a week (yay blanket space!) and picked up the table Thursday as she was moving out. 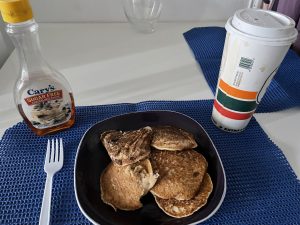 meal one at the table!

Snow day pancakes! I foodfess that I have found I do not like Kodiak pancakes so after this third attempt, I threw them and the box out. I make them so rarely, I’ll take the nutrition hit of the fluffier ones. 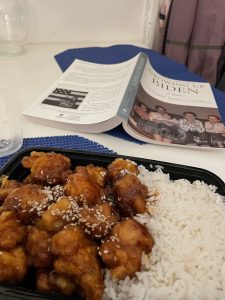 All hail Cari, Queen of takeout and forever reading at the table. I really think if we hadn’t had the early closures of damn near everything I’d never have learned the Instant Pot, but I still default to take out. Especially sesame chicken after a long walk in the snow. And don’t worry, there were many leftovers. Splash of color for the table coming soon. 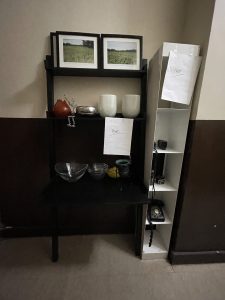 yes, that is indeed a rotary phone and some old film cameras. He’s added a typewriter since, and folks have claimed the cameras. I won’t lie, I wish I had space for the black shelving. I can’t even imagine how long he has lived here to have such old stuff.

Oh right, on to the point of this post. Weekly Run Down with Deborah and Kim: 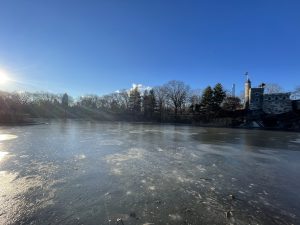 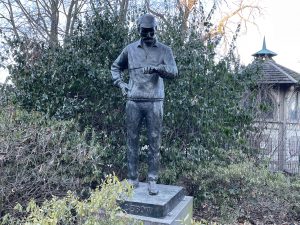 checking in with the master 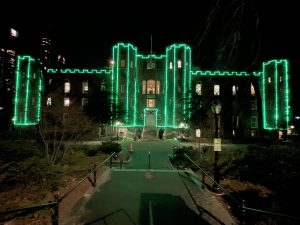 I ain’t afraid of no ghosts! 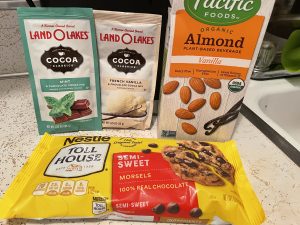 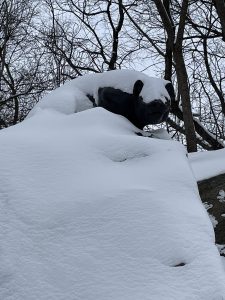 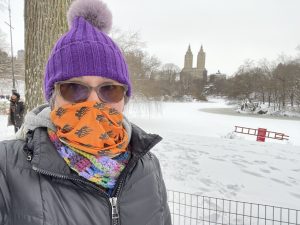 get outside and play 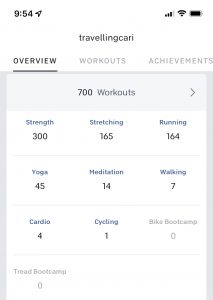 Sunday: 300 strength and 700 Peloton classes overall in just over a year. So glad to have this and my PeloSquad as part of my routine and great to celebrate milestones with Coco and Michelle able to join the live class. Spider planks are mean though. With the still frigid temperatures, I’m not sure whether there’s a dry path to run, but will be going out shortly for a walk/run/penguin.

22 thoughts on “I have a kitchen table!”