March marked my fifth month in a row at running 50 or more miles, and my first ever crossing the 60 mile marker at 62.68. A lot of that had to do with one hell of a close to the month that started with last Saturday. The rest of the week: 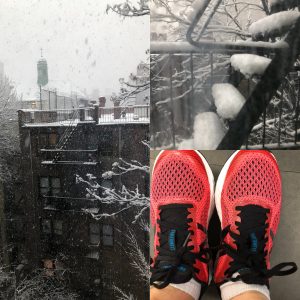 Meant to note earlier and I forgot, I filed for my gym reimbursement in February which marked the first time I’ve completed both halves of a year at 50 gym visits apiece. Would have been December, but I lost July/August to the gym closing. Still, wow.

I’m really happy with that. I’m not exactly on pace for 2,500 miles run/walked on the year, but spring and summer will be better, so I’m OK with this. I’ve stopped obsessing about pace and time spent running. The runs themselves are naturally longer due to running longer distance and I haven’t really done any speedwork to speak of. That will be after the Brooklyn Half and probably when I try for a sub 30 5K.

Rest of my calendar is looking kind of (wonderfully) insane. Linking up with DebRuns for this one and expanding it so my goals are in one place:

I had to go look at the NYRR calendar here as it’s nuts. 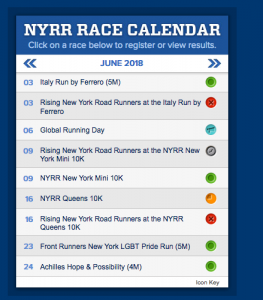 Basically, yes. All of those.

It’s too soon to set goals for these so just a list:

Anyone else running these and want to meet up? Looking forward to my first RTY meetup at the Cherry Blossom Expo Friday.