if I were an organized blogger this would have been done on time for Thanksgiving and/or my birthday, but I am not.

I’m somewhat hooked on The Morning Shakeout podcast and as I was grinding out Friday’s miles, I listened to the Bart Yasso interview from earlier in November. What an inspiration. Among the comments that stood out to me was one that came from his Race Everything book:

“We all follow the same course to the finish line, but each of us has taken a different path to the starting line.”

This is so phenomenally true. (In odd timing, I read and reviewed that book almost exactly a year ago). 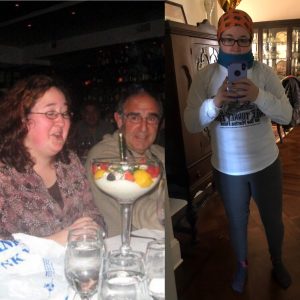 all the dessert vs. all the layers

I’m not going to say I wasn’t happy in my 20s, or that I never want to be inhaling a flaming dessert: both would be lies. But thanks to Facebook memories I look back at my 30th birthday dinner and in some ways I don’t recognize that person.

I didn’t join Weight Watchers until about four months after my 30th birthday and didn’t find running until 7 years later, but I’m so glad I did. While I haven’t lost a ton these last two years, I haven’t yo yoed as I tended to after I lost the initial weight. I’m not going to be fast, I’ll never BQ (and to be honest, have zero interest in running Boston), but as I mentioned previously: running has introduced me to my inner strong. 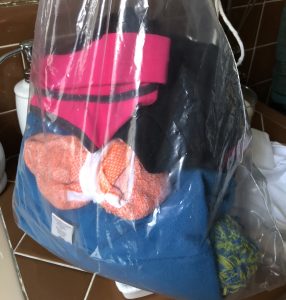 I may not have actually run my Turkey Trot, more on that below, but I carried a race bag full of warm clothes so that I could if I wanted to. Who am I?I Speaking of clothes and not yo-yo ing, I think I finally have the confidence to toss some of my too big for me clothes vs. stashing them under the bed fearing I’ll need them. Maybe. 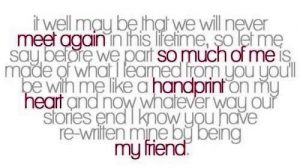 Wicked is the best

The other aspect that he touched on was the increasing number of women runners and how we promote the social aspect. We’re much more likely to take other runners under our wings vs see them as competitors and that’s so true in my experience. From varying degrees of social corrals to checking on runners who have pulled to the side and to Wendy encouraging me to join the Wrap in the spring and Coco welcoming me to the Cherry Blossom LinkUp around the same time and all the linkups I’ve subsequently found. I’m so grateful for all of you. I posted the above to Facebook for my birthday, but it’s true here too.

I was quite well behaved on Black Friday. I decided to join the 20th century and got a microwave. OK maybe the 21st since it’s an Amazon one that works with Alexa.  I also got some ClimateSmart CuddlDudds at Kohls and a new pair of tights. I love them for layering, but the regular ones induce clamminess since they seem to have negative wicking ability. With the subsequent Kohls cash, two sports bras, fun socks and underwear. Yes, it’s time to do some winter cleaning.

When I find time..

I almost scrapped this part of the post, but one of the things I’m super grateful for is the Weekly Wrap community, so pardon its sparse nature. 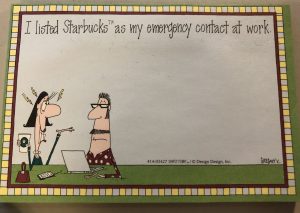 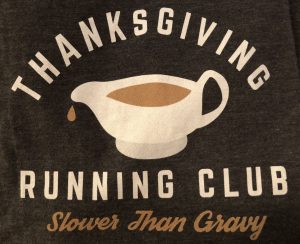 I fell in love with this shirt 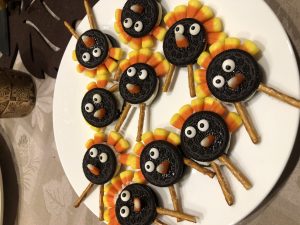 the only turkey I ate. I do not like it. These on the other hand? Delicious!

December Plan since I know this week will be a lost cause:

37 thoughts on “Thankful for Running”