and planning for 21 miles helped a lot in that respect. After last week’s quarantine, I was itching to run. I also wanted to get back into my Florida routine of getting up and out every morning as it really makes the days go better. 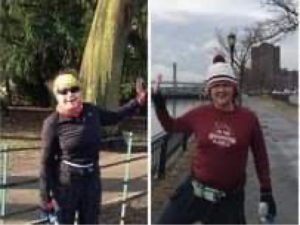 Like many of you, I’m more than a little over virtual socializing in place of spending time with friends. In this case, Liz and I could not spend our birthdays together anyway due to an ocean in the way, so some virtual mischief made it more fun. 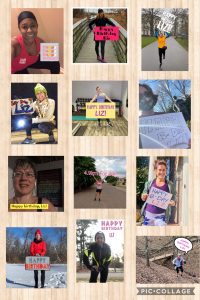 so glad so many of you could join the party too

I knew I couldn’t run “with” Liz on Thursday morning due to the time difference and it being a work day, so we settled on me running 21 miles during week. As you read on, you’ll see that math (along with handwriting!) is not my forté. 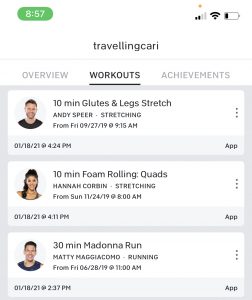 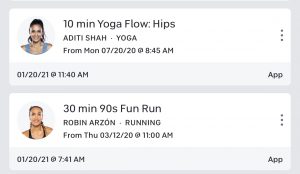 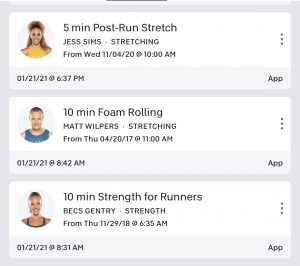 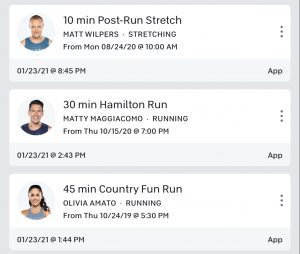 Just because I was sprung didn’t mean I wasn’t still in love with the Peloton. I’m so bored with my playlist that even if I weren’t in the free trial, the subscription would be worth it for new songs to run to. I am really, really trying to be good with the stretching and rolling and I ‘m getting there with the strength training. Thanks again for all your class help, Coco and Deborah!. 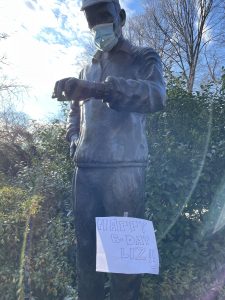 some pre birthday fun with Fred 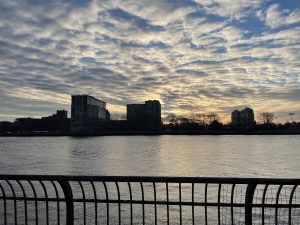 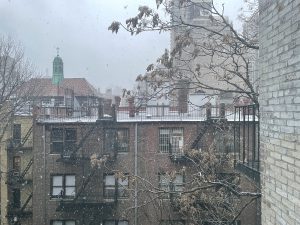 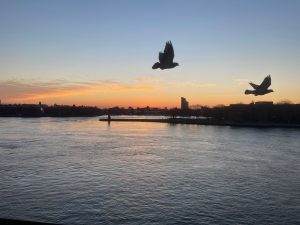 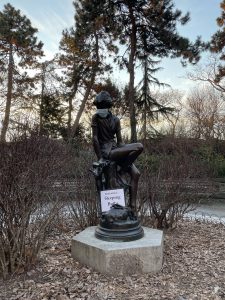 this sign just made me chuckle as I did some stairs 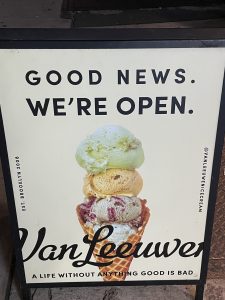 we all need our vices 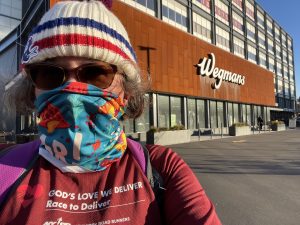 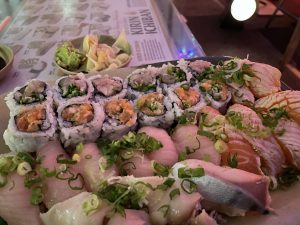